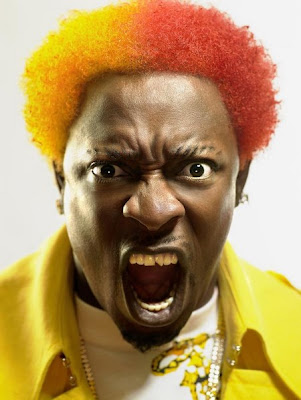 Dancehall star Elephant man (Oneil Bryan)  has allegedly been arrested for rape. The Jamaican star, known for the massive hit, Gully Creepa, was arrested on Monday. He is alleged to have raped a woman in his St. Andrew home earlier this month. Elephant man was questioned by the police, and they decided they had enough evidence to charge him.

Elephant man speaks after being released on bail

Aitel’s 100 sms for SH 3 < Previous
Simon Cowell Offers Beyonce $500 Million To Be Judge On X-Factor Next >
Recommended stories you may like:
How Koffi Olomide Thrilled Fans at Koroga Festival – PHOTOS
TALENT KNOWS NO AGE! Meet the Young Kenyan Boy With Sick ‘Deejay-ing’ Skills – VIDEO
HAHAHA! This Chic Will Crack You Up With Her Crazy Mash-Up Of Kenyan Hits – VIDEO
OOH NO! This Kenyan Remix Of ‘Versace’ Will Have You Apologising to Migos For Killing His Hit – VIDEO