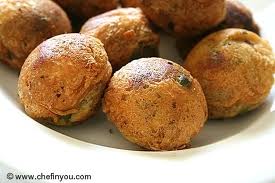 7 years ago, a newspaper in Chile published a recipe for making churros, a popular Latin American snack of dough fried in hot oil. As intended, several people tried it. Some time later, 13 people filed a suit against La Tercera newspaper for burns they had suffered while trying out the recipe.

Judges ruled that following the recipe exactly as it was published would lead to an explosion and the newspaper was ordered to pay the victims amounts between $279 and  $48,000 depending on the degree of burns. It is thought that the actual number of those who may have suffered burns while trying out the recipe may be high but most treated themselves silently. In fact, hospitals around the country reported increased number of patients suffering from burns, days after the recipe was published in the ‘Woman’ magazine of the paper.

Collection Of Funny Newspaper Classified Ads < Previous
Samuel Eto’o Launches Mobile Network In Cameroon. Next >
Recommended stories you may like: