The Story of Suzie Wokabi of Suzie Beauty 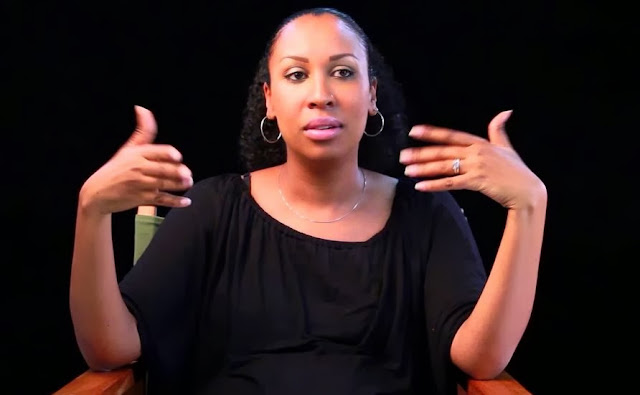 Put a dark‐skinned woman and the African sun together, throw in some grossly overpriced, often counterfeit make‐up brands into the equation and what do you get ‐ a recipe for disaster! Multiply that and you have a population of fashion police’s most wanted, not to mention a host of unsightly skin reactions.

This was the inspiration that led Suzie Wokabi, International Relations degree holder, to pursue her passion and create her authentic, affordable, high‐quality African make‐up brand. This revolutionary line is Kenya’s first make‐up/ beauty
brand and a global trailblazer in creating a bespoke product for the African woman, by an African woman. Soon after graduating from University in the U.S, Suzie dove right into the fashion industry. She was trained by MAC Cosmetics and completed an intensive Media Make‐up certificate course at the Award Studio Make‐up School in Los Angeles.

She worked in New York within the fashion and beauty industries from 2001 until 2007, when she returned to her hometown of Nairobi, Kenya.
Suzie is now an accomplished make‐up artist whose extensive industry experience runs the full gamut from Print Media
to Television, Film, Video, Commercials, Runway, and Bridal. She began creating her make‐up/ beauty brand in early
2009 and officially launched it in December 2011. The hallmark of SuzieBeauty products is affordable, great quality, tailor‐made for the unique needs of women living in the African climate.

To date, Suzie’s work has been featured in the Italian Vogue L’Uomo magazine, as well as countless local glossy magazines. She has graced the covers of Passion for Life, Prestige Magazine and True Love Magazines. Since 2008 she has worked with Kenyan‐fashion veterans such as Ann McCreath of Kiko‐Romeo and the illustrious annual FAFA show (Festival of African Fashion and Arts), which draws several international heavyweights in support of its noble cause.
One of her major clients throughout her artistry career has been MNet, through which Suzie Beauty’s work has been seen on various TV Shows like IDOLS, The Patricia Show, Catwalk Africa, Face of Africa, and Coke Studio. She has led SuzieBeauty backstage through 3 seasons of the biggest regional TV Show, Tusker Project Fame which is now in its 6th season.

A devoted wife and a mother, her story has been profiled on all the Kenyan TV stations (Citizen, K24, KTN, KBC), Radio stations (Kiss, Capital), and National Newspapers (Business Daily, The Nation, The Standard, Financial Post). She is featured as one of Kenya’s leading business people in 2013 in Msafiri Magazine (Kenya Airways Inflight) to tie in with Kenya’s Golden
Jubilee of Independence.

More recently, Suzie received a finalist award for the Most Influential Women in Business & Government in Africa.
Under her able leadership, the company SuzieBeauty won 2nd runner‐up in the Trade category of the 2013 Africa SMME (Small, Medium and Micro Enterprises) Awards in Johannesburg, South Africa. SuzieBeauty products are readily accessible online and in retail outlets in Nairobi, Mombasa, Kisumu and even in Kampala, Uganda, as well as in Australia. Additionally, the company plays a key role in the fashion, beauty, media and bridal industries and has established a seasonal school where aspiring local make‐up‐artists can learn this valuable skill.
Suzie Wokabi is the Founder and CEO of SuzieBeauty Ltd.

Get your advance ticket to Saturday’s Face of Nairobi pageant on missnairobi.com.

Loading...
PHOTO – This is The Invite For Tomorrow’s Miraa Party < Previous
Rains Convert The Beautiful Machakos Stadium into a Shamba… Was it Rushed? Next >
Recommended stories you may like: