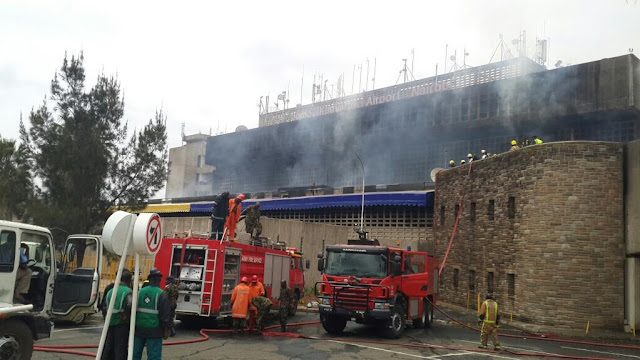 It’s a sad day for Kenya, as our biggest airport was engulfed in flames this morning. Thankfully, there were zero casualties and definitely that’s something to thank God for.

Considering that everything that burnt down can be replaced, Kenyans on Twitter have taken their usual road again… making all kind of stupid jokes about today’s events.

Ruto also heading to JKIA after the Fire trucks ran out of water. He’s now going to put the fire out with Tears.

When I saw smoke at #JKIA at 5am I tried to call 999 but was promptly told “mteja unayepigia amelala kwa sasa”.

BREAKING: Al Shabaab Spokesperson has confirmed that all flights at JKIA will be diverted to unknown location in Somalia.

Her: What’s all that smoke at JKIA? There’s a fire??
Me: Naah, it means they still haven’t chosen a new Pope.

Raila Amolo Odinga buana u r so Unpredictable, now you have set JKIA on fire after inciting mourners in Kisii,

I thought JKIA always has well equipped fire fighters on permanent standby?ama it was too cold na walikuwa wanaota moto?

wangetumia mixtape ya Dj Presley…no? “@joseh_254: but why should they use hizi tapes za crime scene hapa jkia”

On opinion count: Do you support the decision of the fire to burn down JKIA?

Everything sells on OLX 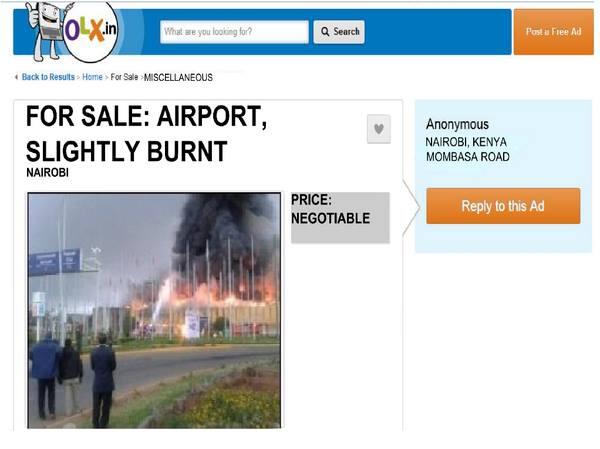 Loading...
Bongo Artist Diamond Was at JKIA and He Captured The Fire on Camera < Previous
CARTOON: When Tsvangirai Asked Raila How To File an Election Petition (Hilarious) Next >
Recommended stories you may like: