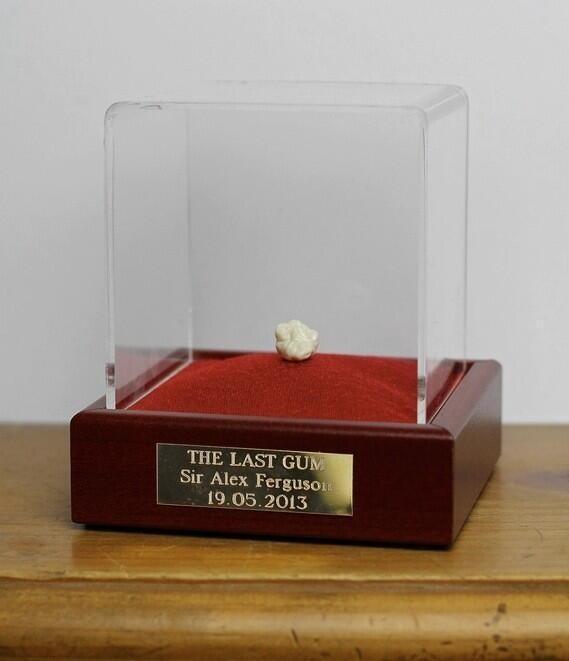 In one of the most bizarre bits of news related to Alex Ferguson since he retired as coach of Manchester United, what is allegedly the last stick of chewing gum chewed by the legendary football tactician has been sold for a whopping £390,000 on online auction site Ebay, with all proceeds going to charity.
According to reports in the UK media, Ferguson’s chewing gum was somehow retrieved from The Hawthorns after being he spat it out following his final game before retirement against West Brom last Sunday.