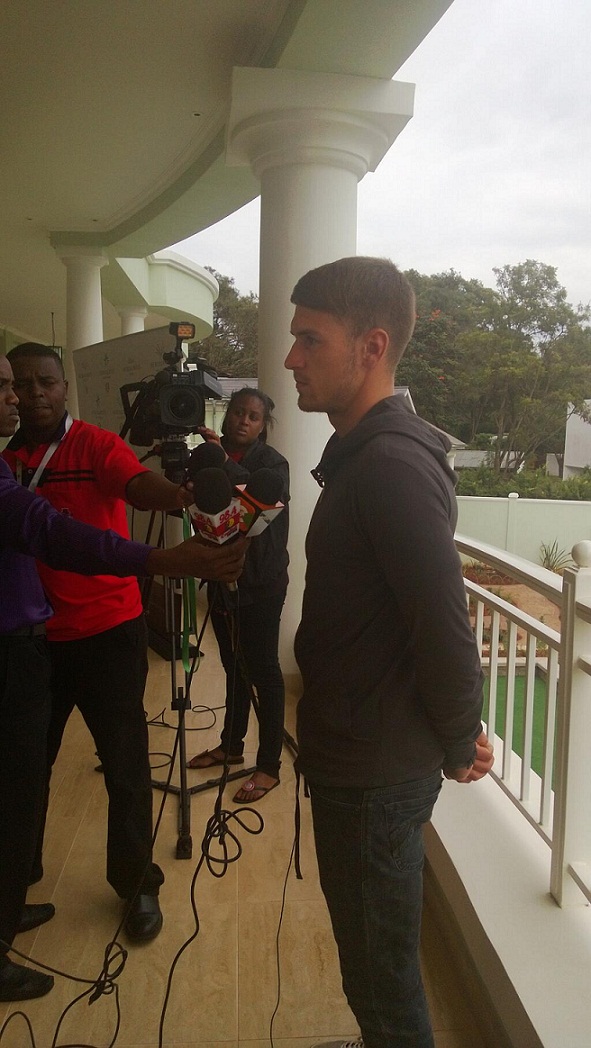 Arsenal midfielder Aaron Ramsey has been in Kenya for the past one week, as reported by Nairobi Wire on Tuesday.
The footballer is here for a private visit, and with him was his mother and girlfriend Colleen Rowlands. He has been staying at the Maasai Mara.

Today, Ramsey was in Nairobi, where he told Goal.com that we should expect Arsenal to do better next season.

“We had a difficult season but thank God we fought our way back to the Champions League. Tottenham gave us a tough competition but finally we beat them on the tape for the Champions League slot.
We must now start planning for next season and I know Arsene (Wenger) will beef up the squad with quality signings. That is the way to go and hopefully we will be able to challenge for top honors come next season.” he said.
“We need a trophy now and next season I have strong believe that Arsenal will not disappoint. We must end this long wait and win a trophy.” he added.

The Welsh midfielder spoke after meeting young players from Ligi Ndogo who had paid him a courtesy call at Hemingways Nairobi in Karen.