Governor Sakaja Fiercely Defends Self Over Chopper Use: ‘Why Are You Angry?’ 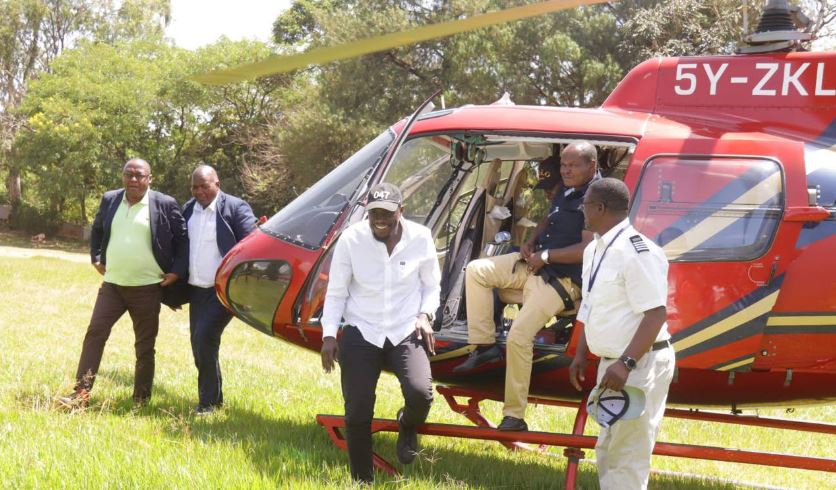 Nairobi Governor Johnson Sakaja has once again been forced to defend himself after he was accused of misusing public funds to fly around in a chopper.

The governor had a busy weekend that saw him attend several engagements in Kisumu, Busia, and Nairobi. He took to Twitter to share photos, arriving in a chopper for a funeral service in Busia on Saturday, raising eyebrows from some Kenyans on Twitter.

One of them was scholar Dr. Njoki Wamai who said public officers should be banned from using helicopters.

“A cabinet memo should ban use of helicopters by public officers. It is #Misuse of public funds. Why couldn’t Sakaja fly KQ/Jambo jet to Kisumu in the morning and take the last flight at 7 pm back to Nairobi for the inter-county sports and burials in Western? Kenya is sick,” Dr Njoki tweeted.

Also Check Out – Sakaja Responds To Criticism Over ‘Welcome Back’ Billboards

In response, Governor Sakaja said he paid for the chopper out of his own pocket to cover engagements in four counties.

“Why would you assume that it’s public funds? I paid for my travel and quite efficiently covered engagements in 4 counties,” the governor tweeted.

Dr Wamai said it was okay if Sakaja used his own funds but challenged him to share receipts to prove his claims.

“It’s ok but just share receipts under Johnston Sakaja debiting your account for about Ksh. 1 million that day approx cost of hiring a chopper for 5 hrs if an hour is 200k to attend only one Nairobi county event. The rest were friends funerals and house warming #Impunityke,” she wrote.

Sakaja did not respond to that as political analyst Herman Manyora also joined the Twitter discussion to blast the governor.

“How will he show us that he’s a big man? And show the world how stupid we are,” Manyora remarked in response to Dr Wamai’s tweet. 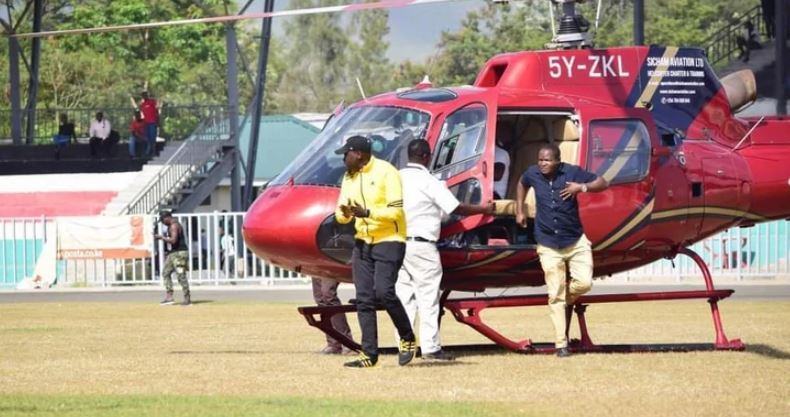 But Sakaja stood his ground, and asked Manyora, “Why are you angry at how I spend my money? Did someone hurt you? My personal travel is paid for privately not by public funds.”

Manyora didn’t seem convinced and wrote back to Sakaja: “I’m sorry boss. It’s just that I have a little problem drawing a line between public money and personal money; I know how much these things cost.”

Governor Sakaja hit back instantly and insisted that he would not use public funds for a chopper ride.

“In other words you doubt my ability to afford it anyway Prof, please don’t always assume the worst first. I wouldn’t unnecessarily use public funds for such travel. I even declined to purchase new official vehicles for myself and 500m for a Governor’s residence,” Sakaja argued.

I’m sorry boss. It’s just that I have a little problem drawing a line between public money and personal money; I know how much these things cost. https://t.co/y3hSW49fLD

DP Gachagua to Kenyans: ‘I Need Your Prayers To Fight Cartels’ < Previous
Man Leaves Suicide Note Telling Lover, “I cannot live without you…” Next >
Recommended stories you may like: