Sakaja Responds To Criticism Over ‘Welcome Back’ Billboards 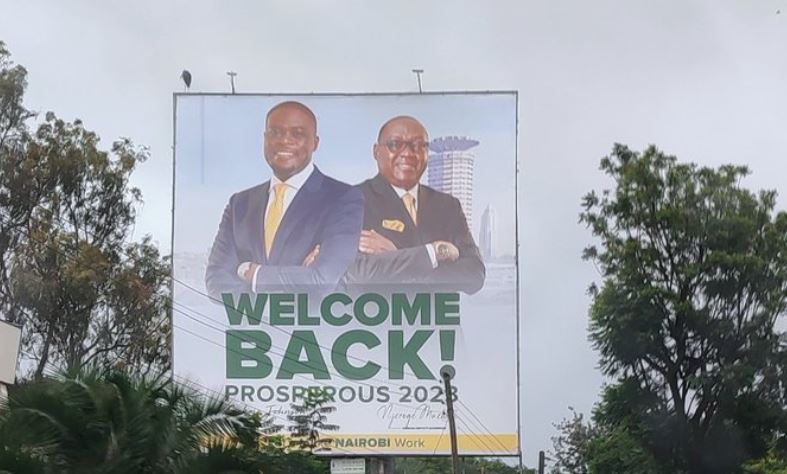 Nairobi governor Johnson Sakaja says no taxpayers’ money was spent erecting billboards to welcome back city dwellers who had traveled upcountry for the holidays.

Sakaja responded on Thursday, December 5, after coming under fire from a section of social media users. Critics argued that the ‘Welcome Back’ billboards around the city were not a priority and that the money used to erect them should have been put to better use.

Taking to Twitter Thursday, Governor Sakaja responded to a concerned tweeter who told him to focus on what Nairobians elected him to do.

“Lakini @SakajaJohnson even as we continue supporting you, just stop those cheap PR stunts. I hope you used your own money to pay for those “Welcome Back” billboards. Just do what you were elected to do, which is to fix Nairobi. PR na vipindiree achia Sonko,” tweeted @WachiraKE_.

Sakaja told Wachira that he used his own money to put up the billboards. He also responded to the criticism saying most Nairobians appreciated the gesture.

“Yes I used my own money. You may not like it, many appreciate it, ” the governor wrote.

Here are some tweets.

Yes I used my own money. You may not like it, many appreciate it.

Am glad you used your own money. As to whether many Nairobi residents liked it, the jury is still out…

Who is appreciating unless those contracted to print and mount them

I appreciated the personalized text that you sent. For me it’s way better compared to the billboard.

Of course we don’t like it, Fanya kazi. Nairobi is resembling one big garbage heap at the moment.

Please clean up the city.
Not very capital.

Kalonzo: “‘Watermelon’ is Gone. You are Looking at a New Musyoka” < Previous
Governor Sakaja Announces Plans For Downtown Nairobi (PHOTOS) Next >
Recommended stories you may like: