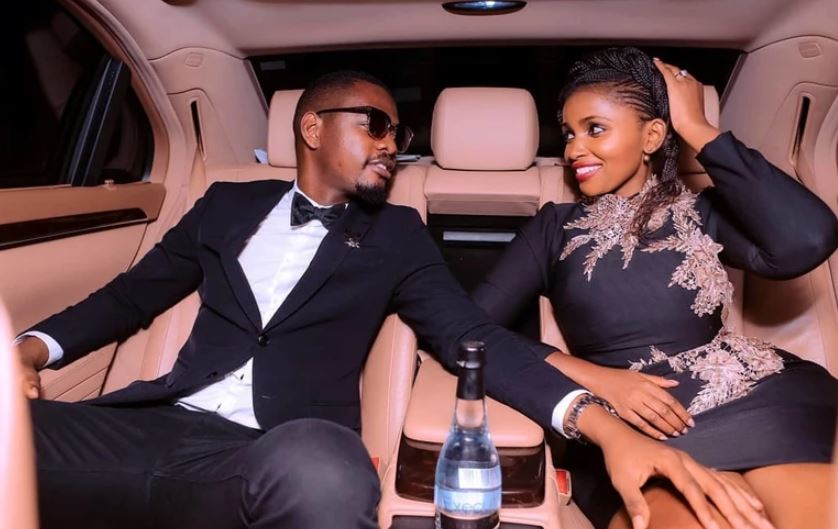 Anerlisa Muigai has told off her ex-husband Ben Pol after the Tanzanian singer revisited their failed marriage in a recent interview.

Ben Pol, in an interview with blogger Millard Ayo, said he did not enjoy their marriage and that it was more about showing off on social media.

“When you remove the social media life and pictures and all, I honestly can say I never enjoyed marriage. I was never obsessed with it to the point I thought of even having kids, I have never experienced it like I see other people in marriages do. For us I’d say it was a, ‘sit there, let me take a picture of you and I’ and post kind of relationship,” said Ben Pol.

Anerlisa hit back, accusing the singer of always dragging her name in the mud publicly.

“Ben I see you have really taken advantage of my silence for weakness… You’ve always had the right to tell the interviewer not to ask about me, why are you always making me look bad, yet you send me different from what you talk?” Anerlisa asked.

“If you are really a man I dare you to screenshot what you have been sending me since December 25 to January 4, I have a lot to say but I choose to be a lady, It’s simple, stop talking about me!” she added. 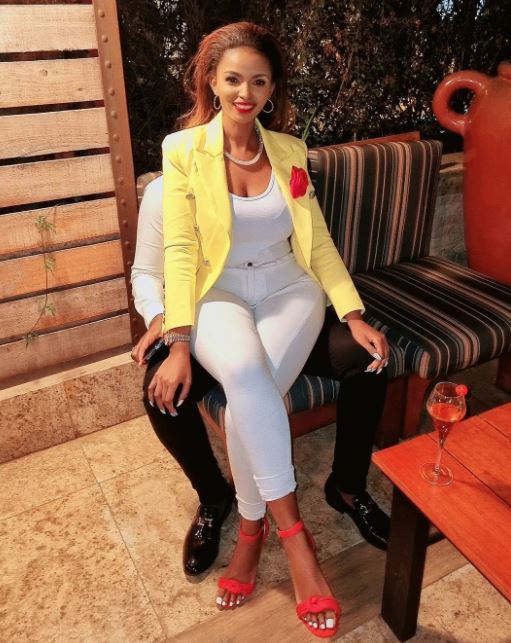 The Keroche heiress took matters into her own hands and shared screenshots of WhatsApp messages from Ben Pol.

The singer reached out to Anerlisa during the holidays, telling her that Christmas was not the same without her.

He also sent her a video of a Christmas tree, writing: “Tried to decorate out Xmas tree, was thinking of you.

Ben Pol added: “Christmasses are not the same.”

In another soppy text, Ben Pol told the Keroche heiress he was not with her for her family’s wealth.

“And by the way (for my own peace), I want to let you know that I was never with you because of the money, in fact during our relationship, it was the time that I was making the least money in my whole 12+ years career, but I was okay and I never complained about it.”

Anerlisa, who did not indicate if she responded to the messages, captioned the screenshot: “I think I am tired of being looked at as a bad person.” 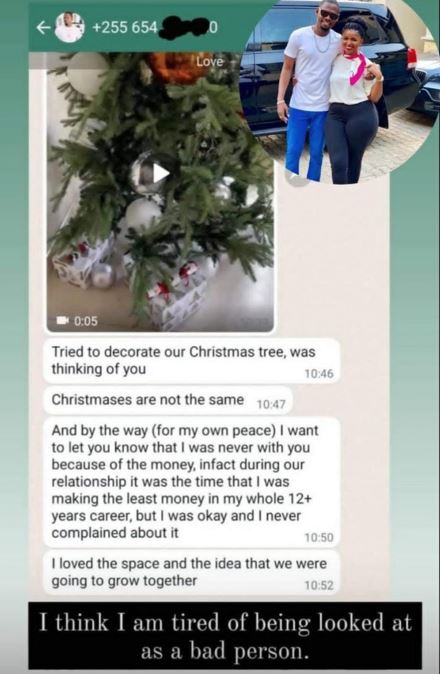 The businesswoman was not done there! She told the ‘Kidani’  hitmaker to focus on his life and career and keep her name out of his mouth.

Anerlisa also stated categorically that she would never get back together with Ben Pol.

“But just to remind Ben, it’s been two years now since we broke up. I am not your wife and it is also clear that I cannot be your friend. Move forward with your life and stop thinking that we will get back together. It can’t happen.

“You know very well if I did an interview, sijui utajificha sura wapi?” Anerlisa blasted.

She concluded: “My name cannot be used every time you feel irrelevant or want to promote your songs. If the music career has failed, then look for a job or go back to school.” 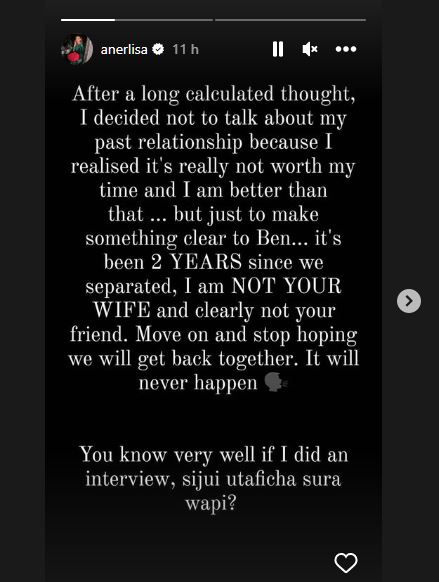 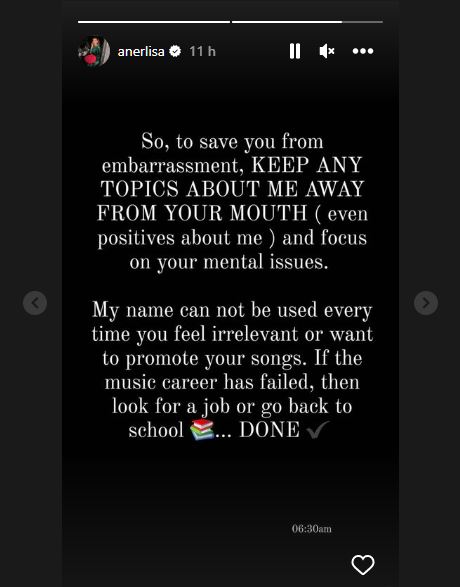 I Quit Lecturer Job To Be a Gospel Musician – Pst. Timothy Kitui < Previous
Fena Gitu Puts To Rest Michelle Ntalami Dating Rumours Next >
Recommended stories you may like: