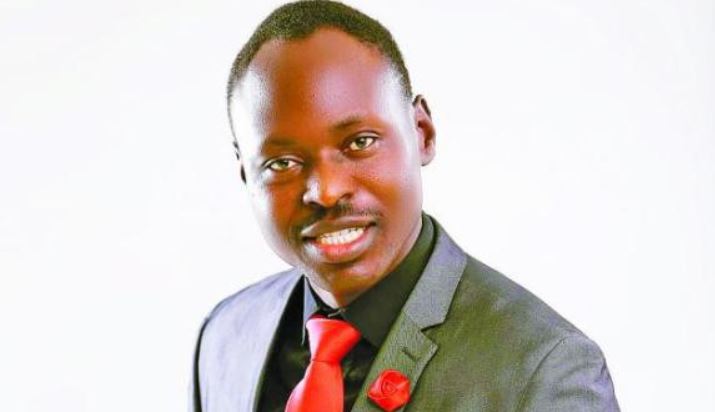 Who is Dr. Timothy Kitui?

I am a 40-year-old Kenyan Cultural-Christian gospel musician. I am an educationist, an events manager, a management consultant, a researcher and the lead pastor at JCC Thika town. I have been a lecturer for various universities and the Principal Consultant for Trinity Management Consultants for more than 10 years. Currently, I am a Talent Envoy to the Federation of the Gifted and Talented Children. I also serve as the chair of the Cultural and Gospel Music Expo. I am a husband and father to two sons and a daughter. My foundation – Pst. Timothy Kitui Foundation currently supports 27 children. I call them my children too.

When exactly did you discover your music talent?

My parents took me to the Anglican church at a very young age. I have never known life outside church. I led choirs in Sunday school, grew up to be a church choir leader and eventually the parish choirmaster. I sang in primary school whenever the DEO, the chief or the area MP visited. Kenya Music Festivals in high school proved that I had something unique to share with the world. From Nabunga SA secondary school, I would always make it to the nationals as an English public speaker, a singer and a traditional instrument player. The first time I visited Kenya’s capital, was to play ‘esiriri’ in our traditional instruments band. I later joined the CCI church sikhendu where we formed a choir team (The Sanctuary Echoes) and recorded our first album in the year 2003.

Why this inclination with Litungu which is your main instrument?

I hail from a very humble background. Despite passing highly in my KCPE and being considered to join a provincial school, I went to Nabunga Salvation Army Harambee Secondary School. It was then a humble school in the next village. Here, there were no pianos, no cellos, trombones, violins nor guitars. Maybe I would have encountered one. I played Litungu. Litungu is a traditional lyre played by the Luhya ethnic group of Kenya (including the Bukusu subgroup). I sing my songs predominantly in Luhya and I go by the brand “Litungu Gospel Vibes” – a brand that is anchored on this traditional harp.

What was the response when you left lecturing to pursue music?

My seemingly untimely resignation was not quite welcome by those around me including my immediate family.  Well, my father has ever threatened to denounce me because of pursuing music instead of conventional education. Clearly, at this time, I got immunized against rejection because of talent. For many years, my satisfaction in music was more non-monetary than it is today. I had gained international publicity and bagged several awards but had not quite secured a consistent flow of income that would match my salary when I resigned. My children had a reason to fear, my peers had a reason to mock my academic degrees. I had just finished my PhD. But self-faith and a dare-do attitude was enough fuel for me.

What are some of the awards you have received so far?

What is your parting shot for those looking up to you?

Everybody has a talent, nobody is an imitation of another and we all are here for a purpose. When you discover yours, live it and live for it.