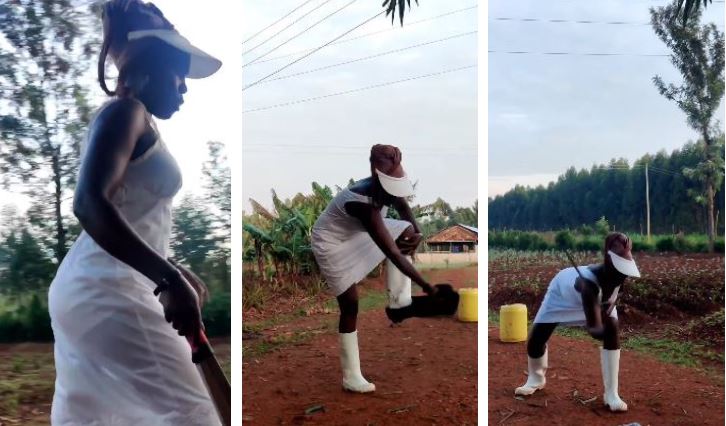 As we continue to try and figure out which blogger pissed off Akothee, the celebrity musician has once again taken to her popular social media pages to rant.

A day after she imposed a bizarre Sh300 million penalty for Kenyan bloggers, Akothee on Wednesday published an even more bizarre video speaking out against bloggers.

“You wake up in the morning, Akothee this Akothee that…you only do negativity, anything positive about Akothee you act like you don’t see…even this my beautiful lawn you don’t see…you’re coming to tell me..’oh that one she made with opening her legs…your own mother opened her legs until you were born, I’m talking about your mother because that’s my agemate. Without your mother opening her legs you wouldn’t have been born,” Akothee said while brandishing a machete.

The philanthropist dismissed the argument that she is a role model saying she does not want to be identified as one.

“Let me ask you, how can you under this planet earth follow a woman who has given birth to five children with three men? Do you have a brain?… Someone with messed up relationships, someone who is just trying to figure out life…you just wake up and follow my achievements then you say ‘you’re my rolemodel’ and then the next day I mess up like a human being..’oh oh I’ve lost respect for you’…Which respect? Do I even respect myself for you to respect me? Keep your respect I don’t want it,” Akothee blasted as she struggled to catch her breath.

The video saw Akothee undress down to a petticoat while repeatedly striking the machete on the ground.

She followed it up with a public notice insisting that bloggers risk a Sh300 million lawsuit for tarnishing her brand. 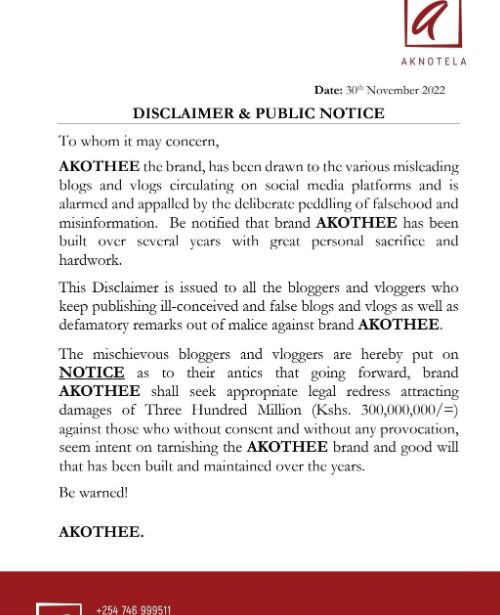 Octopizzo – No Kenyan Rapper Earns More Than Me < Previous
Socialite Shay Diva Found Guilty of Stealing Dead Sponsor’s Car Next >
Recommended stories you may like: