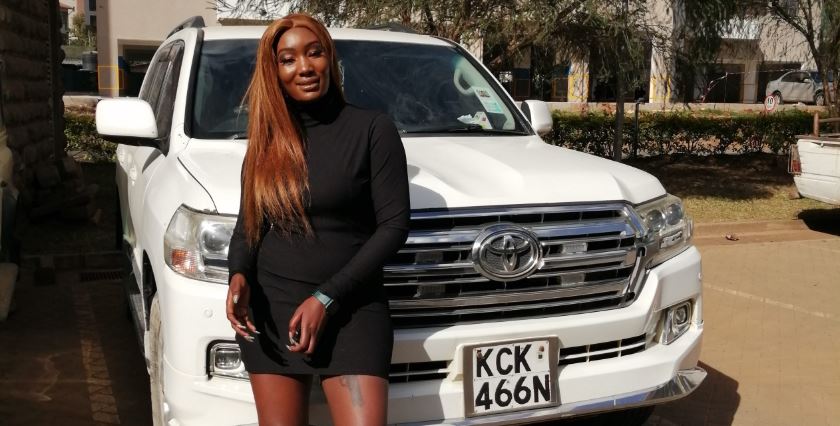 A Kitale socialite who doubles up as an upcoming musician has been found guilty of stealing her deceased lover’s vehicle.

Shay Diva faced three charges including obtaining registration by false pretence whereby she willfully procured for herself registration ownership of motor vehicle reg. KCK 466N Toyota Land Cruiser V8 pearl white in colour by falsely pretending that she had been gifted by the late tycoon. 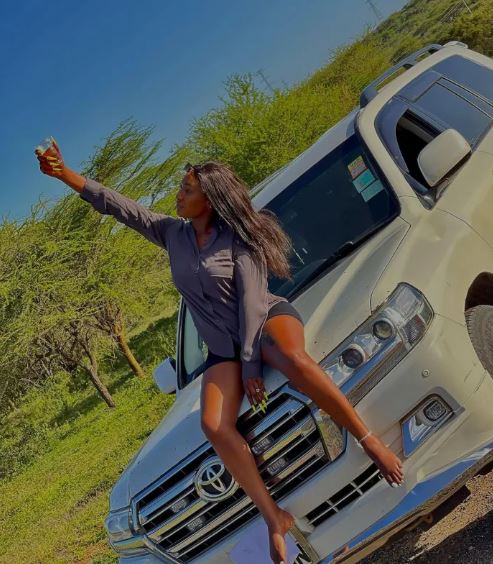 She was also accused in counts two and three of stealing and intermeddling of the family property.

Five witnesses testified in the case, with one witness saying Shay Diva blackmailed the deceased.

Chirag Bhatt, a manager of a hardware shop that Kumar owned, said Shay Diva had consistently threatened  to expose their illicit relationship to his wife, who lives in the UK.

Bhatt said that is how the musician remained with the vehicle until Kumar’s death.

The court heard that Shay Diva accessed PJ Dodhia Kumar’s TIMs/NTSA account and transferred ownership of the vehicle to herself without following due processes of succession.

Records at the National Transport and Safety Authority (NTSA), showed Shay Diva filed a transfer of the log book by logging into the TIMs account of the deceased at 11.45 pm on April 26.

The transfer was authorised at 2 pm the following day, but there were no supporting documents from the owner.

PJ Dodhia Kumar died in April 2021 aged 61, with his family filing a complaint with the police after learning that the socialite had taken the vehicle. They said he only gave it to her on a “use and return basis” because they were lovers. 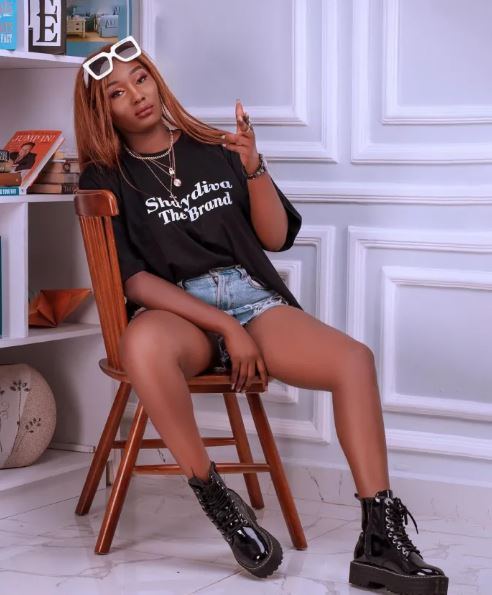 In her defence, Shay Diva claimed the vehicle was transferred to her without her knowledge and that she learned about it when she accessed her NTSA account.

She claimed she has never attempted to illegally transfer ownership of the vehicle.

In his ruling, Kitale Chief Magistrate Julius N’garng’ar noted Shay Diva Africa transferred the Landcruiser V8 at a very questionable time, only a day after the tycoon’s death.

Shay Diva will be sentenced on December 5 pending mitigation.

Watch: Akothee Undresses, Brandishes a Machete in Bizarre Rant Against Bloggers < Previous
Nairobi County To Eject Street Families From City Centre Next >
Recommended stories you may like: