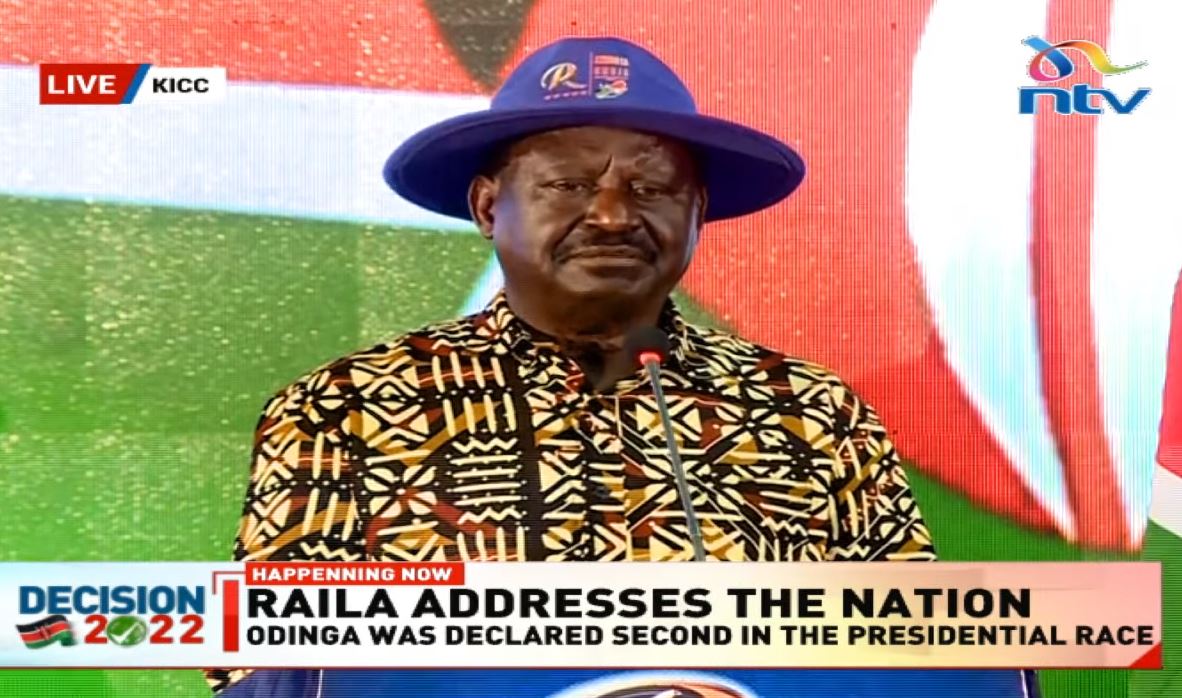 The Azimio La Umoja Coalition leader said he will hold a peaceful rally with “Kenyan patriots” as President William Ruto will be leading the country in celebrating Kenya’s independence in a separate State function.

“On the 12th of December, we are going to Jacaranda Gardens in Embakasi, not Kamukunji. We will be celebrating Jamhuri Day with Kenyan patriots and it is also going to be a very peaceful congregation. No protests, no picketing, although that is also guaranteed by the constitution of Kenya,” Odinga said in a press conference on Monday.

The ODM party leader at the same time maintained that his planned nationwide public engagement forums are not demonstrations.

The forums are expected to kick off on Wednesday, December 7, with Odinga saying the Azimio coalition will be “consulting with the people of Kenya.”

“If we wanted to do a demonstration or protest, we would just inform the police to provide security and do it, but we are not demonstrating or engaging in any act of thuggery and hooliganism and no property is going to be destroyed,” Raila said.

“The government should not use this as an excuse to bring thugs there to try to disrupt this function.”

Raila was flanked by NARC Kenya party leader Martha Karua, who explained why they will hold their own celebrations.

“On December 12, at Jacaranda Gardens, we will have our own event to celebrate our independence and our republic. This is the republic of Kenya not the republic of an individual or a regime. Ours will be a celebration of patriots, those who don’t like to hear that word, itakua ni mkutano wa wazalendo,” she said.

The Narc Kenya party leader said Ruto and his Deputy Rigathi Gachagua have a very narrow view of the country that they neither know where Kenya has come from nor where they want to take it.

“It will be Jamhuri ya Wazalendo, men and women who have made sacrifices for this country and who know where the country is supposed to be heading,” Karua added.