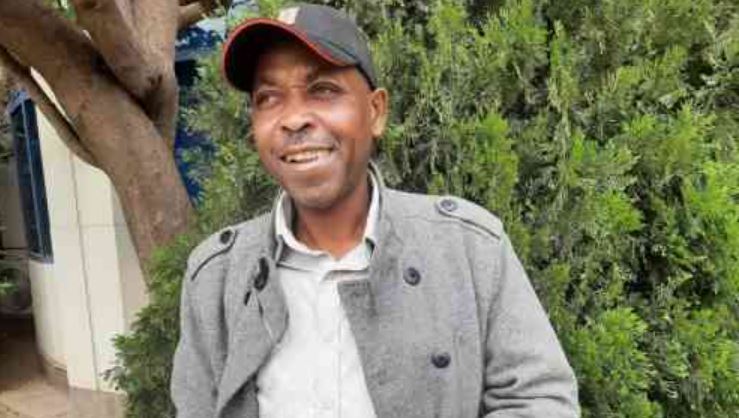 Lawrence Nyaga is a recovering alcoholic who squandered all his money on booze while also getting deported from Dubai where he worked as a tour guide.

When and how did you find your way into alcoholism?

It’s been years since I started drinking. I come from a well-off family where I got what I wanted.

I was also introduced to business at an early age – I used to manage my mother’s shop, so money was not a problem. After my primary education, I went to a boarding secondary school where food was an issue and worse of rules were so harsh.

I struggled to fit in. While in Form Two I dropped out and started doing odd jobs.

I was ostracised by my family after efforts to take me back to school failed. I ran away and was employed to be offloading lorries. It’s here that I was introduced to alcohol. My friends a few glasses would help speed up work. Before I knew it, it became a routine.

Back home, my family wasn’t happy with my decision to drop out of school.

One day, armed robbers broke into our home and stole some items.  I was the prime suspect. I was taken into custody for interrogation. To be released I was told to name my accomplices. I was desperate for freedom since I was innocent but nobody believed me. I lied to them that I was with a friend and gave his name. That’s how I was taken to jail.

After serving two years, my family empathized with me and decided to pardon me on condition that I go back to school. I agreed.

So did you go back to school?

After I was released, I enrolled in school and even sat my Form Four exams, after which I studied marketing. I got a job in one of the book publishers which paid me so well I slid back to alcoholism.

I later moved to another firm as the Nairobi region coordinator at a salary of over Sh70,000 – back then that was a lot of money. So with zero responsibilities, alcohol became my job.

I drank to a point I started vomiting greenish stuff. It never occurred to me that my health was becoming affected. One time, I lost consciousness when I was coming from the airport. Luckily the conductor of the matatu dropped me at Guru Nanak Hospital gate. A good Samaritan rushed me inside the hospital.

When I woke up, before I could figure out where I was, a doctor asked for my next of kin contacts. I gave my wife’s number thinking that they probably wanted someone to take me home. When she came, an ambulance was outside waiting for my emergency transfer.

This happened just a few days before my trip to Dubai. I tried to resist but my body gave in.  I passed out and that’s how I ended up at Kenyatta Hospital in an emergency unit.

What had taken you to Kenyatta Hospital?

I was to start dialysis immediately because my body organs had started shutting down one by one. Miraculously, the day I was to be operated on, I woke up and started talking and walking. Even the doctors were shocked.  The doctor who was to operate on me couldn’t believe it.

I left hospital after few days with a warning never to taste alcohol or else I would die.

And did you heed the advice?

Actually a week after my discharge, the day I was to fly to Dubai, I drank whisky and told myself that if I die then let me die in the skies.

I laughed off as I didn’t die and drank some more. I even alighted with few bottles.

Did you continue drinking?

Yes, I landed safely  got a good job as a tour guide but alcohol robbed me of it. I was sacked after two years. I ended up being an alcohol vendor after spending all my severance pay.  Worse came to worst, I was deported after several cases of assault. I was so violent while drunk.

Did you come with anything?

I came back with nothing other than 200 shillings that a friend gave me. I had to take matatu town from the airport. All my years in Dubai were wasted because of alcohol.

How was the reception at home?

I got in town totally drunk. It took me time before I adjusted and became sober. Even though I stopped drinking, I regret wasting my time on alcohol. I’m still trying to recollect myself but a lot is in a mess.

I would like to advise youths to avoid alcohol as it will rob them of their future.