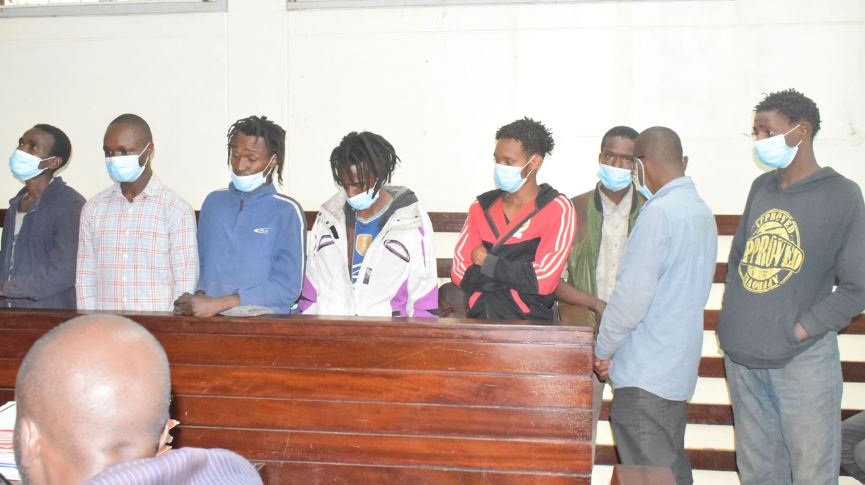 As the crackdown on criminal gangs operating in Nairobi continues, fourteen suspected muggers have been arraigned at the Makadara Law Courts.

The suspects were arrested on Friday night in Embakasi after police cornered them at their hideout within Transami area.

They were charged with preparing to commit felonies and trafficking narcotics.

One of the accused told the court that he was meeting the other suspects who are members of a group to write a proposal for them for the Hustler Fund loan. He said he is an architect and a master’s student in project management and he also teaches a unit at a college in the area.

The magistrate released the suspects on a bond of Sh200,000 without an option of cash bail.

Magistrate Njagi ordered a pre-bail report to be tabled on December 20 when the matter will be mentioned.

Meru Man in Distress After Siring Conjoined Twins For Second Time < Previous
Matatus Plying These Routes Kicked Out of Nairobi CBD To Green Park Terminus Next >
Recommended stories you may like: