Raila is Jealous of What Ruto Has Achieved in Less Than 100 Days, says Gachagua 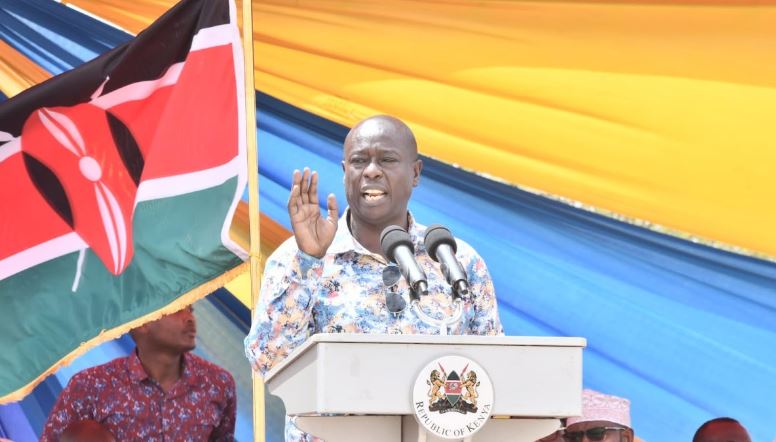 The ODM leader on Sunday accused President Ruto of being a ‘puppet of the West’ and promoting foreign biotechnology at the expense of Kenyans’ interests.

“Raila should stop lecturing us on what to do and what not to, the last time he gave advice to the government led by Uhuru kenyatta the country found itself in Sh2 trillion debt,” Gachagua said in Lagdera subcounty, Garissa where he launched the ‘drought flash appeal’ programme.

Riggy G further claimed that Raila was jealous of Ruto’s achievements in his first 100 days in office.

“Raila is just jealous that in less than 100 days in office, Ruto has already engaged development partners at least two times for high-level talks which have already yielded fruit for our people.

“The government will work with everybody whether from the East, West and if need be from the North and the South provided they are bringing development to Kenyans,” Gachagua declared.

On drought mitigation, DP Gachagua said that the government is fast-tracking the construction of the first 30 dams they promised under the public private partnership(PPP).

He said the government has directed the Treasury to do away with the web of bureaucracy that often accompanies the implementation of PPP projects.

Gachagua urged governors from ASAL regions to identify locations where the dams will be built and present their recommendations to the ASAL and Regional Developments CS.

The DP at the same time said the government is formulating plans for cash transfers where each family affected by drought will be getting Sh2,700 per month.

“Cash transfer is the most effective intervention method of drought at this point in time,” he said.

Gachagua directed the county coordination teams to streamline their operations and ensure that there is no duplication of beneficiaries.

Mugo Wa Wairimu Slapped With 33 Year Sentence, To Serve 30 < Previous
Use Cloud-Digital-Leader Exam Dumps to Ace Your Exam Next >
Recommended stories you may like: