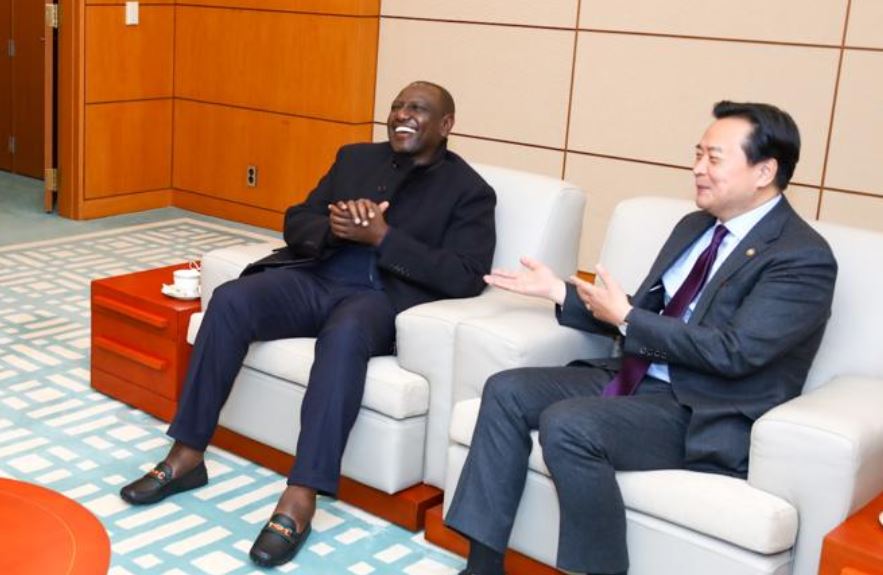 When Lee Kuan Yew became Singapore’s first prime minister in 1959, four years before Kenya attained her independence, the country was a far cry from what it is today.

It had no mainland, its economy was dependent on Britain’s airbases, and it could not protect itself because it had no army.

However, by the time Lee stepped down as Prime Minister in 1990, he had built institutions, rebased its economy, and taken it through a development path that other leaders are still building on today.

In fact, Singapore’s GDP as of 2021 was more three times larger than Kenya’s; it totaled $397 billion while Kenya’s was only $110 billion.

How did he do it and what can president Ruto learn from Lee on how to develop a country?

Three things: setting a vision, following it through, loving one’s country, and developing his successors.

Lee was a visionary
Although Singapore was poor when he took power, Lee had a vision for the country.

He imagined a rich and prosperous country, free of corruption, and which played its part in the global landscape. He saw a way where there was no way.

First and foremost, he imagined a country that could protect itself, which mainly included developing its own army.

Secondly, he imagined Singapore as a hub for local and foreign investments although it had none.

Finally, he wanted a country where everyone could afford decent housing irrespective of their financial incomes.

Although Kenya is much more developed than Singapore was at the time, Ruto can follow in Lee’s footsteps and develop the country even further.

He should start by visualizing how he would want the country to be in the next fifty or a hundred years and communicate it so clearly that even the people in the rural areas would explain it to others.

The problem with the country is that we do not take long-term views when formulating policies. Kenyans prefer using bandages to tackling the root causes of the problems and obstacles for political expediency.

Hopefully, it would accelerate its development for decades to come.

Lee was a good executor
Lee was not only a good visualizer, but also a good executioner; he made plans and followed up on them.

For instance, since Singapore had no mainland, Lee had a plan of securing it although his plan was not successful.

His strategy was to sort of merge Singapore with Malaysia; and he pursued this plan faithfully until political obstacles made it untenable.

Concerning water, Lee made a deal with Malaysia to supply them with fresh water, a deal which holds even today. Further, when he realized that the country’s economy would collapse if Britain recalled its army, he negotiated for more time, which allowed him to rebase its economy.

As if that was not enough, he initiated the affordable housing project, a plan that improved housing in Singapore up to today.

Also, since he understood Singapore could only grow if it became a financial hub, he travelled the world convincing world leaders to invest in Singapore; a plan which actually worked.

Therefore, President Ruto should strive to become a good executioner. It is not enough to just plan, he needs to follow through with his strategy as aggressively as possible to ensure they materialize like Lee did.

That way, issues of policy papers accumulating dust in government offices due to poor execution would be a thing of the past, and the country would grow one policy paper at a time.

Lee put Singapore’s interests before his Own
The reason why Lee sought to build Singapore was because he loved his country, even more than he loved himself.

He loved it so much that when he lost the referendum to merge Malaysia and Singapore he wept. Further, he adored Singapore so much that he sought to make it corruption free although it was highly likely that it would have benefited him more than anyone else.

He could have grabbed the little land that was there, captured the country’s resources and institutions, and accumulated wealth like most African founding fathers did.

Instead, he sought to ensure that he left Singapore a better country than he found it and that worked for everyone.

President Ruto can change this pattern by choosing to put the country’s interest before his own.

Throughout its history, it is difficult to identify a president in Kenyan that loved the country more than they loved themselves.

Most of them have condemned corruption when it did not benefit them, grabbed public resources, and risked its stability by rigging elections and marginalizing other regions.

Ruto needs to love the country so much that he would be willing to put its interests before his own.

After all, one can only develop that which they love; if one loves themselves, they will do everything to push their own agendas.

On the other hand, it they love the country more than they do themselves, they will make every decision to protect and further its interests.

Lee managed his Succession properly
Finally, Lee did his best to develop the leaders that would take over after him.

Although Lee stepped down as prime minister in 1990, he continued to sit in the cabinet up to 2015.

During that time, he served as Senior Minister until 2004, and as Minister Mentor until 2011. This roles were meant to give him an opportunity to guide his successor until the next generation of leaders was stable enough to lead the country into the future.

As a mentor, he got the opportunity to mentor the next generation, instilling the beliefs and values that had helped him achieve everything he did. That way, although Lee passed away in 2015 from pneumonia, his legacy continues in the current generation of leaders.

Of course, President Ruto will retire after his term limit expires, assuming the constitution will not be changed.

Therefore, he will not be able to serve in cabinet past his mandate like Lee did.

However, he can mentor the leaders in his political party now by instilling his values and communicating his vision clearly just in case one of them succeeds him in future.

He can also teach those under him good ethics, how to plan and execute strategies, and how to lead when he has the opportunity to do it.

It is impossible that Kenya will fully develop in the next ten years, but he can ensure continuity of its development agenda long after he is gone my managing his succession properly.

Conclusion
President Ruto has just started his reign as the country’s boss probably for the next ten years.

Unlike when Lee assumed Singapore’s leadership in 1959, Kenya is much more developed than it was.

Nevertheless, he can learn four lessons that helped Lee develop Singapore into a first world country in less than sixty years.

Lee knew how to develop a clear vision for his country, execute plans effectively, put Singapore’s interests before his own, and manage his succession properly.

These lessons can help Ruto steer the country into its next development chapter.

Machakos Villagers Evict Woman For “Using Witchcraft To Delay Rains” < Previous
Ruto Explains Viral Video of Him Dashing To a Chopper on Last Day of Campaigns Next >
Recommended stories you may like: