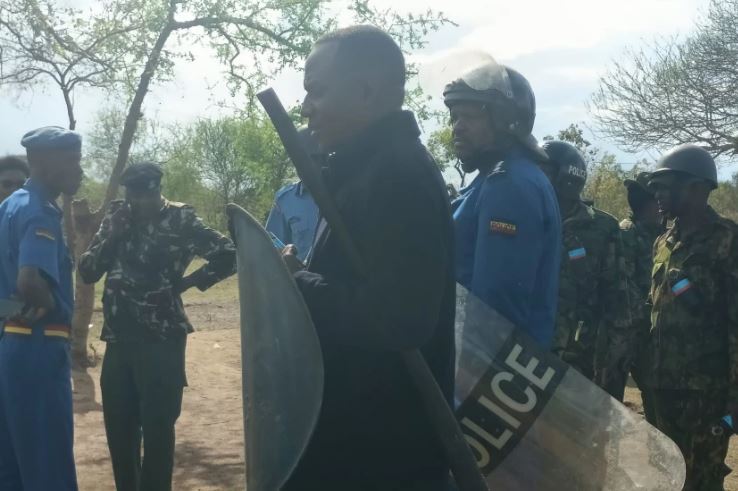 A bizarre spectacle was witnessed at Kisewani village in Yatta, Machakos County after angry locals evicted a woman from her family home over allegations of practicing witchcraft.

The villagers reportedly raided the home of the 48-year-old mother of eight on Tuesday and tore down the roof of her house and threw out her belongings.

They accused the woman of using witchcraft to delay the rains. According to the locals, the woman possesses a male reproductive organ, which she allegedly brandishes in the morning to keep the rains away.

According to a Citizen TV report, the villagers slaughtered a goat and forced the woman to consume its intestines and blood as part of an elaborate cleansing ritual.

A contingent of armed police officers had to be deployed to the scene to restore order in the quiet village.

Machakos Deputy County Commissioner Lilian Njagi, who led the operation, said the woman will be relocated to a nearby police station because she has a Class 8 student who is scheduled to sit exams next week.

President Ruto: Government To Explore Opportunities For Kenyans in South Korea < Previous
Four Lessons Ruto can learn from Singapore’s Founding Father – Lee Kuan Yew- on how to develop A Country Next >
Recommended stories you may like: