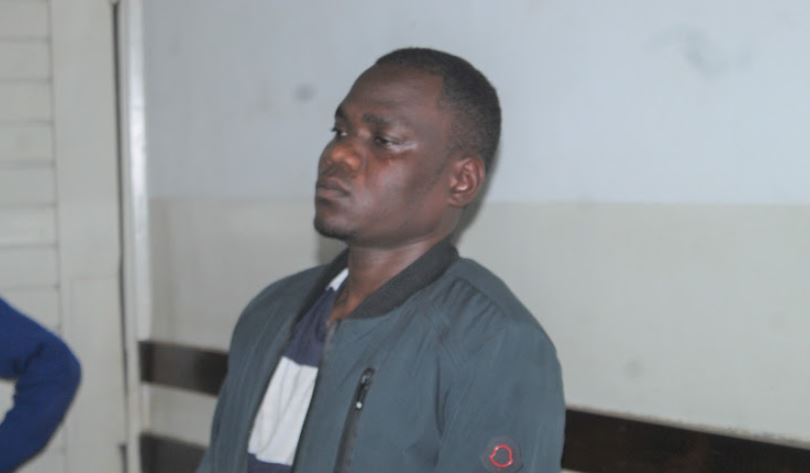 A man from Kibera in Nairobi was Monday charged in court for assaulting his pregnant wife.

Dan Simiyu appeared before Kibera chief magistrate Ann Mwangi, where he was accused of causing grievous harm to  Junicai Simiyu.

He allegedly committed the offence on November 10 at Darajani, Kibera sub county in Nairobi.

The court heard that Simiyu stepped on his wife’s abdomen, squeezed her throat and beat her up.

Simiyu reportedly found his wife relaxing on a chair in their house and asked why she had slept with the other men. The court heard that the wife told him that it was not possible because she was pregnant.

The accused allegedly assaulted Junicai and told her to pack and go and terminate the said pregnancy but she declined.

She was rescued by neighbours who heard her screaming for help and rushed to the hospital.

Simiyu denied the assault charges and was released on Sh20,000 cash bail.

The court directed that the accused person be supplied with witness statements and documentary evidence that the prosecution will rely on during the entire case.

The matter will be mentioned on November 21.

On CDF, MPs are Right – it should stay, and the Ward Development Fund should be established < Previous
Catherine Kasavuli: 6 Lessons I’ve Learned From Cancer Battle Next >
Recommended stories you may like: