I Started Trucking Business in U.S After Getting Fired – Susan Seda Odhiambo 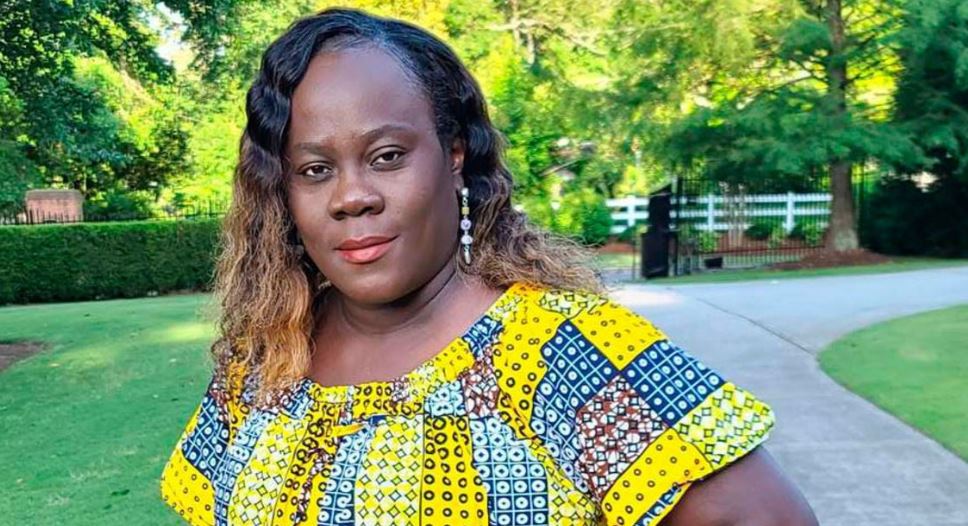 Susan Seda Odhiambo is a business owner in Atlanta, United States. She runs a successful non-vessel operating common carrier in Atlanta called Business Alltransport Depot that specialises in rollon/ rolloff shipping services that ships autos, boats, machinery, and household goods from the US to the rest of the world.

Susan is also into real estate and runs a YouTube channel called Financial Therapy Cafe that looks at finances through the prism of the Bible.

The mother of three spoke to the Business Daily.

How did you end up in the US?

I came to study in the US in 2000. I was only 19. If you weren’t studying Computer Science in 2000 you were lost. It wasn’t my first choice, to be honest, I liked Finance more, but everybody I knew was studying Computer Science. After graduation, I worked in a company called Home Depot. I was fired three years later. Getting a job was very difficult after that.

How did end up in the trucking business?

There was a guy I had consigned to help buy a truck because he didn’t have the credit to secure a loan but he soon left for Kenya leaving me with the truck.

I didn’t know anything about that trucking business but with no prospects of getting another job, I decided to try my hand at the business.

I built the business to four trucks but figured there was an easier way to make money so I sold them and became a broker instead. This involved connecting the truck owners to work, basically facilitating logistics. The business grew, and now we do $ 6 million (Sh727.9 million) in sales a year.

Look, I come from a tribe where you are meant to go to school and pursue a career, not do business. I never had the vision to be a business owner. It happened because I was fired, which turned out to be a great turning point in my life.

Above all things, He wishes that you may prosper and be in good health even as your soul prospers. He wants us to have abundance, more than we can imagine. You are not just making money as your soul rots, but you are prospering in all aspects of your life.

Why do you think people fear confronting the idea of success and money?

It stems from our upbringing. We think that there is something wrong with money and success yet I doubt there is anybody who doesn’t want to be successful. We fear the other things that success comes with; standing out when you don’t want to stand out. Success looks like a nail sticking out of a hole and everybody wants to hit that nail. So we’d rather just be comfortable and chill. If you are a nail, just be a nail but just don’t stick out. We want success, we just don’t want to stick out.

Are you sticking out?

[Sigh, long pause] Not to my potential. I can stick out more. Sticking out in terms of my business would mean I would have highly scaled. I can do better, that I know.

What is the financial success secret?

Saying it, doing it, and being it so that you don’t doubt it. You know how in Kenya you see someone’s big house and you will say, ‘oh those are people who have stolen money.’ The very thought process of thinking that anybody who has made it is a crook violates the success that you want, right?

Doing is being consistent, staying honest, and operating from a sense of service to others. All your thoughts need to have that one main goal and you need to go toward that direction. As long as you are moving towards a goal, I think you are successful even though you’ve not yet attained that goal.

What do you fear now?

Other than death, nothing.

Why do you fear death?

It’s unknown, a little bit of ignorance. Honestly, I also fear that extreme success, that sticking out is something I’m working on. I’d rather my life…if you ask me if I want to be Bill Gates or the other guy, one of the founders, was it Paul Allen? I’d rather be Paul and not Bill. I’d rather be Biden, not Obama when Obama was the President. I’m working on this contradiction in my life.

You are a mother of three, what has motherhood taught you about yourself?

That I don’t know anything about myself. [laughs]. Literally. It has grounded me because you can’t claim to know because the moment you think you know you realise you don’t know.

Has it made me a better person? Sometimes yes, other times no. Better in that I’m grounded. No, because I’m unable to take big risks anymore. I can’t wake up and just make a decision for myself. I’m not blaming them, it’s just that I took bigger risks when I was younger. I can’t recall the last time I took big risks. But I want my children to learn to be all they can be. Whatever that means to them.

How was your childhood?

I didn’t grow up poor or rich, just a regular lower middle-class in Kisumu. My mum was a secretary at Kenya Power and my dad worked for East Africa Industries (now Unilever) until his retirement. I had a stable childhood. You know, someone told me once that the reason why I hate sticking out is that when growing up I had rich uncles, we were always second.

Not to drop names but my uncle was the late Dr Robert Ouko, he was my dad’s brother. He was the star in the larger family. He was bigger than life and it was never us at the top so this person said this is the reason why I dim my light a little, that I’m more comfortable being the second. [Pause] My mom had a lot of rental property and I recall that we always had a heap of sand and cement in our compound and so it is not surprising that my husband and I are in real estate.

You are slowly turning into your mother.

It’s worse than that, I am my mom. Sometimes I get into these deals and get so broke and I say I’m never doing this again but then I end up here. I love real estate in America.

What book has made a great impact in your life?

The Science of Getting Rich by Wallace Wattles. Growing up I just read books to pass exams, never for leisure. Now my relationship with books is at a different level. I love books on financial intelligence, books that chart a path to a more fulfilling financial life but also that ground you in faith because those two have not been known to go together well.

How would you describe this season of your life, how old are you now?

Turning 44 on Monday. I’m struggling with patience, in knowing that my business has to go in a certain direction but I don’t know when. I’m past knowing the “if” and I’m now just grappling with the ‘when.”

I know it will happen. I think the greatest thing about this season of my life is that I get to choose, I make decisions with only God as the overriding factor, nothing else. I don’t have any regrets, the things that I thought were regrets are no longer regrets because I have the frame of mind to see them not as regrets but turning points.

Have you experienced your mid-life crisis yet?

I am a woman, we have midlife crises every Thursday. [Laughter]. I think there is a constant beauty when you are always finding out who you are, when you are being revealed to yourself. I love that journey of finding out what I can do next, or can’t do, or don’t want or didn’t want but now I want. Isn’t it the beauty of living, to transform with surprises and embrace all these changes because they are all you?

Akothee’s Lover Tells How They Met, Fell in Love < Previous
I Was Diagnosed With Breast Cancer at 23, Then Lung Cancer. I am a Living Miracle Next >
Recommended stories you may like: