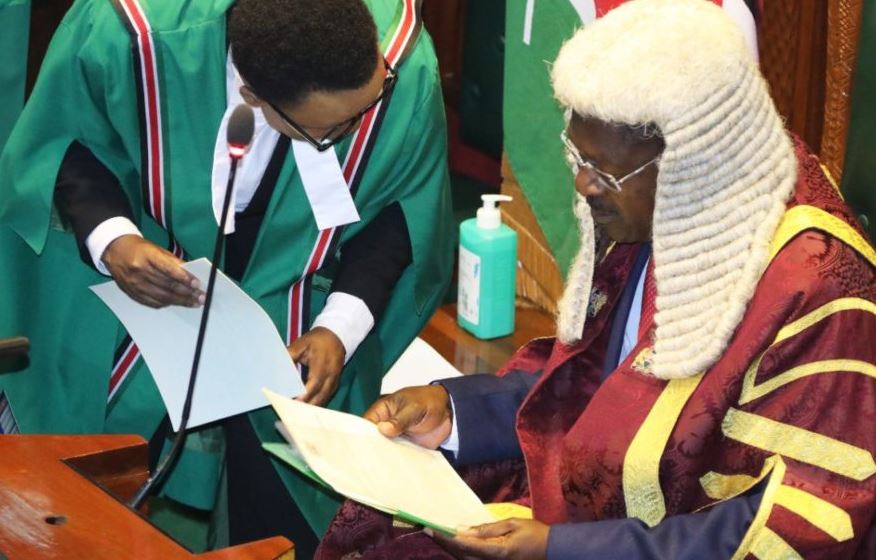 On 17th September 2022, the two major coalitions, Azimio One Kenya Alliance and the Kenya Kwanza Alliance concluded their much anticipated parliamentary group meetings where among other things, they proposed their nominees for the position of Leader of Majority in the national assembly.

Both coalitions laid claim to the much coveted house majority position and with good reason; the majority party in the house heads all the house committees, and in essence, controls the future of the country by deciding on various policy issues, including our national budget and other crucial legislation.

So, which coalition has the majority in Parliament?

The Numbers
During the August 9th election, Azimio won 163 seats while Kenya Kwanza garnered 160 seats. 12 more members of parliament were elected on an independent ticket.

Since then, 12 more members have been nominated by the major coalition parties.

Therefore, according to the registrar of political parties, who keeps the coalition agreements that were signed before the election, Azimio one Kenya Coalition is legally the majority party.

Political Realignments
However, following the declaration of William Ruto as the president elect on 15 August 2022, some members of the Azimio One Kenya coalition shifted their allegiance to the Kenya Kwanza coalition.

In Particular, the 12 members elected on independent tickets and 7 United Democratic Movement MPS, a member of the Azimio One Kenya Coalition, have joined the ruling coalition, tilting the numbers in its favor.

So, whose responsibility is it to break the impasse?

Constitution Provisions
Legally, the arbiter in such matters is the house speaker, who is guided by the standing orders and the coalition agreements deposited with the registrar of political parties.

Therefore, in strict adherence to these agreements, the true majority coalition would be the Azimio One Kenya Alliance.

However, as much as the house speaker is expected to be a neutral party with regards to such matters, they are essentially political nominees; they are nominated and elected by the coalition with the support of majority of the house members.

Therefore, expecting them to be impartial is a stretch of imagination; like their party leaders, they have a huge stake in this issue.

Likely Decision
It is expected that Moses Wetangula, speaker of the national assembly, will make a political rather than a legal decision. Legally, the UDM party and independent member of national assembly are not allowed to switch coalitions.

The political parties act states that parties cannot exit a coalition before 3 months after the general election.

Therefore, the 7 UDM members are still bound to the Azimio One Kenya coalition agreement.

Moreover, independent members are not allowed to join a political party for the remainder of their 5 year term, although they are allowed to vote for bills and policies proposed by either coalition.

Therefore, assuming that the speaker will remain impartial, which is highly unlikely, he would most likely pronounce Azimio One Kenya as the majority coalition party.
However, it is expected that the speaker will be partisan, given that he campaigned for the Kenya Kwanza coalition, which nominated and elected him as Speaker.

He may argue that since the UDM party has expressed interest to exit the Azimio One Kenya coalition, it will join the Kenya Kwanza coalition after three months, making it the coalition with the majority MPs.

Conclusion
Although both coalitions have laid claim to the much coveted majority party title and the perks that come with it, the decision lies with the Speaker of the national assembly, and although observers would prefer that he makes an impartial decision, he is a political nominee and will most likely make a political decision.

Therefore, even though UDM legally remains a member party of the Azimio One Kenya Coalition, which makes it the party with the majority members, the speaker will most likely side with Kenya Kwanza.

Wetangula Assures MPs Their Allowances Won’t Be Touched < Previous
“My Salary is Enough. I Don’t Need More Money”: Gachagua on Doing Business With Govt Next >
Recommended stories you may like: