What Museveni Said About KTN News and ‘Kivumbi’ 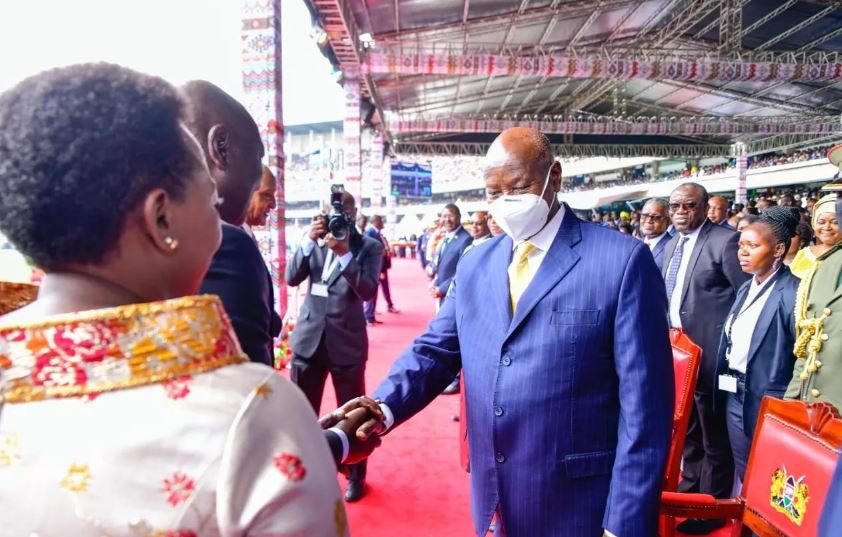 Museveni noted he is not a big fan of watching television, but when he needed to catch up with the electioneering process in Kenya, he often switched to the Standard Group-owned KTN News.

“Normally, I don’t watch television stations in the neighbouring countries. But whenever there are elections in those countries, such as Tanzania and most recently Kenya, I certainly watch their television channels,” Museveni said.

Museveni singled out the popular programme ‘Kivumbi 2022’, saying he was impressed by the moderation of the show.

He also said he liked the issues that the guests spoke about, especially improving Kenya’s economy.

“I scanned through the various Kenyan television stations [in the run-up to the August 9, 2022 General Election], and [my eyes stuck on] KTN News. They had a programme called Kivumbi 2022,” said Museveni.

The Ugandan Head of State however wished Kivumbi 2022 could cover more regional issues like the integration of the East African Community.

Museveni also shared a light moment with the ecstatic crowd when he told them not to involve him in Kenya’s internal affairs.

The crowd had interrupted his speech shouting ‘Toboa’ as he was talking about KTN News. It remains unclear what the crowd wanted Museveni to reveal, but the Head of State played it cool.

“I was scanning and I watched something called KTN News, Kivumbi and I’m glad with statement of the Vice president-elect because he was talking about real challenges of African counties and its leadership,” he said before the crowd interrupted his flow of speech.

“Don’t involve me in your internal affairs, me I just want to observe a few things,” Museveni added.

Museveni at the same time expressed confidence in President William Ruto’s ability to run the country. He mentioned that he knows Ruto as an honest man with big ideas.

“I have not read Kenya Kwanza’s manifesto or that of Azimio but I Know Ruto…I have met him a number of times in Uganda and I know he likes ideas and frank talking,” he said.

Museveni also challenged the East African Community (EAC) to integrate the regional market, in order to be at par with the West.

“In order for EAC countries to catch up with the US, we need to look at the issue of the regional market, because when you produce the more people that buy from you and the better for business and job creation.

“According to my experience of 60 years, I would advise Africans to know that prosperity comes from wealth creation and it doesn’t come from natural resources,” Museveni averred.

Why Raila, Martha Karua Skipped Ruto’s Inauguration < Previous
Tanasha – Why I Don’t Post My Whole Life on Social Media Next >
Recommended stories you may like: