Trends: Should Mentally Ill Patients Be Allowed to Sanction Their Own Death? 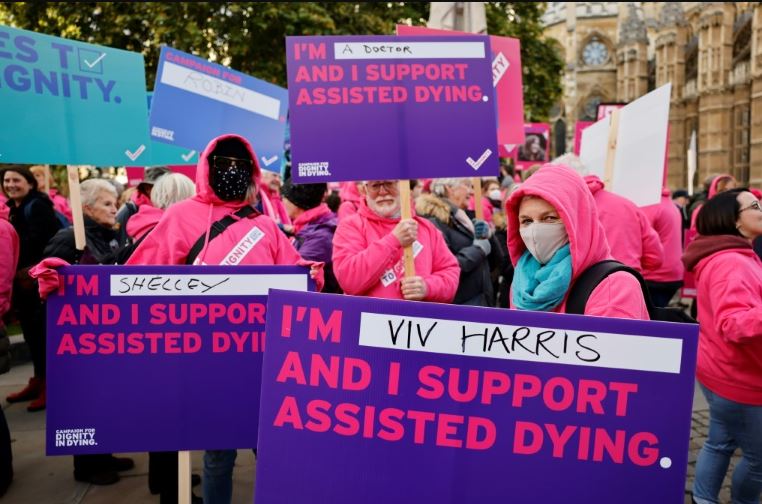 On 26th January 2018 at 2 p.m, Aurelia Brouwers, a 29 year old woman ended her life by taking poison provided by her doctor in what came to be the most famous case of assisted dying in the world.

Aurelia spent the last two weeks of her life crossing days on her white board, spending time with family and friends, and visiting her soon to be crematorium.

Her death was the first assisted dying case to be approved for a mentally ill patient in the world, raising questions as to whether it was appropriate, considering that mental illness was not a terminal illness and she had more than six months to live.

Aurelia’s case has raised various questions, such as whether mentally ill patients should be allowed to sanction their own death and what effects allowing to do so would have on the treatment of mental illnesses globally.

Globally, assisted dying has only been legalized in select countries, such as in the US, Canada, and Netherlands for patients suffering from terminal illnesses and those with a few months to live.

A terminal illness in such instances is considered any illness or disability that has advanced to such an extent that it cannot be cured or reversed, and is causing the patient unbearable pain and mental anguish.

Further, the patient has to get a diagnosis from at least two doctors indicating the patient has less than 6 months to live as a result of the illness and provide a written consent requesting for assisted dying, which must be signed in the presence of at least one witness.

Moreover, they must have exhausted all kinds of available treatments and be allowed to change their mind if they do so without any consequences.

There are two types of assisted dying processes: euthanasia and physician assisted suicide.

However, in both instances, the patient does not suffer any pain; once administered, the patient falls asleep and dies peacefully, putting an end to their long suffering.

Why Was Aurelia’s Case Approved?

When she was 12, Aurelia was diagnosed with depression and Borderline Personality Disorder, which despite the early diagnosis and treatment did not subside.

Instead, it advanced and soon she was diagnosed with chronic depression, attachment disorder, and anxiety, psychoses, and having chronically suicidal thoughts.

As Aurelia described it, her life was “unbearable…, hopeless…full of suffering, and torture” and most of the time, she was “stuck in her own body and head” and did not know “the concept of happiness”.

Despite such ‘suffering’, her case was not approved by her doctors because it did not meet the criteria for assisted suicide: it was not terminal and she had more than six months to live.

Disappointed, Aurelia applied at the End of Life Clinic at The Hague, which is the clinic of last resort for patients when their applications have been rejected by their own doctors.

After thorough consideration and consultations, her application was approved; the assessors concluded her suffering was unbearable and there were no reasonable solutions for her at the time.

Last Two Weeks of Her Life

Aurelia spent the last two weeks of her life with her family and friends. She took part in her hobbies, which included cycling around Deventer and doing craftwork, and visiting the crematorium, where her funeral service would be soon held.

The night before she took her own life, Aurelia had dinner with her friends and got a visit from her favorite singer Marco Borsato.

The following morning she posted for the last time on social media before taking the drugs:
“I am getting ready for my trip now. Thank you so much for everything. I am no longer available from now on.”

That was the last day of Aurelia on earth, however, the debate on whether it was the right thing to do continues to this day.

Psychologists in support of assisted dying have proposed various arguments. For instance, they argue that patients who seek this procedure will most likely commit suicide if their doctors do not help them do it.

Before taking her own life, Aurelia had attempted suicide unsuccessfully about 20 times, and even at the time of her death, she had no regrets for seeking assisted suicide.

Further, proposers argue that a well-considered and consisted death wish of a mentally ill patient is the same as that of a cancer patient who does not want to proceed with treatment.

Therefore, mentally ill patients should be allowed to take their own life or be assisted to do it.

Although there has been an increase in the number of people seeking assisted dying in the Netherlands, some doctors have indicated there is no cause for concern. The director of the clinic said, “Death by Euthanasia is 4% of all deaths in the Netherlands. Is that a slippery slope? I do not think so.”

He further argued that only three quarters of the applications they receive do not meet the legal criteria.

Some of the doctors opposed to this practice argue that mental illness is not a terminal illness, and therefore persons suffering from mental illness should not be allowed to take their own life.

For instance, in Aurelia’s case, although the mental illnesses she was suffering from lowered the quality of life she was leading, she could have managed to live for the rest of her life managing them.

Therefore, some doctors did not think it was appropriate for the clinic to agree to her request.

In fact, some people have argued that it has now gone too far. One of the supporter of the 2002 law that allowed euthanasia in Europe said “We are getting used to Euthanasia, that is exactly what should not happen.

We are no longer speaking about the exceptional situations that the law was created for, but a gradual process towards organized death.”

Should Kenya adopt it?

Currently, the constitution of Kenya does not allow Euthanasia even for terminally ill individuals will less than 6 months to live, but should it?

If a person is terminally ill with less than six months to live and wishes to be put out of their misery for whatever reason, should not their case be considered?

What benefit, either to the patient or the family, does it bring to keep such a person in pain and mental anguish?

On the other hand, does an individual have the right, no matter the circumstances, to determine when their life ends?

Why is suicide illegal?  Can it be allowed in some circumstances?
Concerning mental illnesses, can they be compared to terminal illnesses, such as cancer?

Do they cause as much pain and anguish to the individual like such illnesses do?
The jury is still out on this one.

However, in the words of one of those against the practice, “A boarder is being crossed between individual empathy and societal acceptance.

If it becomes a societal norm that a person who has psychiatric condition can opt to die, that is a problem.”

The Latest on Teen Girl Who Confessed to Killing Siblings, Cousin < Previous
Nandy’s Day-old Newborn Bags First Brand Ambassador Gig Next >
Recommended stories you may like: