My Middle East Story: I Never had Breakfast or Supper for 13 Months, Survived on Spoon of Rice 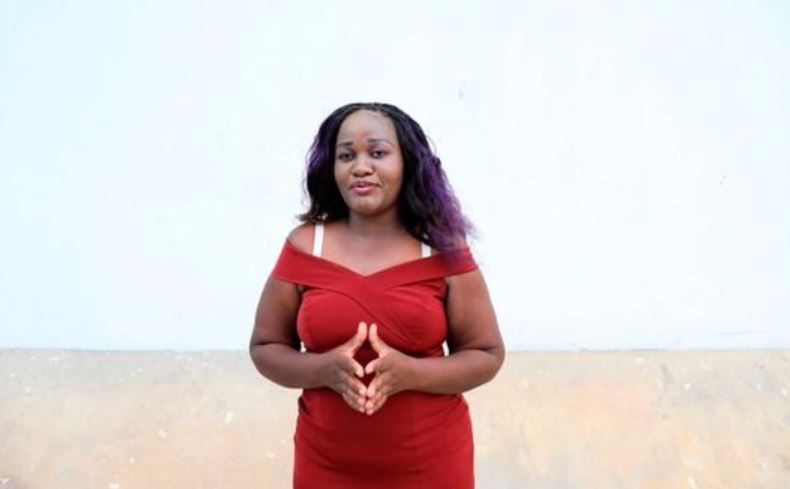 On March 15, 2015, Rosemary Buyanzi – then aged 24 years- boarded a plane to Amman, Jordan, with the hopes of securing a job as a waitress.

But unbeknownst to her, the greener pastures she was hoping for turned into an absolute nightmare.

The 31-year-old shared her story with Life & Style Magazine, narrating how she survived and lived to tell her ordeal.

“On that Monday evening, I was all excited. It was the first time to board a plane, and though initially, I was scared; all things went on smoothly. From Nairobi, we arrived in Doha, Qatar at around 10 pm, and we had to spend the night at the airport to board our final flight to Amman.

Things began to become uneasy just as the plane touched down. We were around 15 ladies from Kenya, and we were instructed to remain on the plane, as other passengers disembarked. We also had to stay at the airport for a while as we waited to be picked up.

I was dropped off at an office of a woman who was recruiting housemaids. Here I again met other girls from different nationalities like Sri Lanka.

I also came across one Kenyan woman who was gravely ill and couldn’t talk. Worried about my fate, I started inquiring about what kind of job really awaited me, insisting that I would not settle for anything less than a waiter. My fears of the fate that awaited me were confirmed when the lady agent drew a gun and threatened me.

I had no choice but to resign to my fate. At around 8 pm, a short bearded Arab man probably in his late 30s drove me to his mother’s place.

She was an old sickly crippled woman in clutches. She was a widow and a mother of three. This might sound distasteful, but her condition was somehow a solace because I thought that there was no way someone in her state would harm me. I was mistaken.

The first night I arrived, I was served black tea and a piece of some tough flatbread for supper. The following day I was woken up at 6 am and I started working.

I was taken to a room full of antiques and my job was to clean them. Next, I had to scrub doors and walls in the five bedrooms, while the old lady sat down and gave instructions. On the first day I worked for four hours nonstop, and at lunchtime, while the lady of the house feasted on rice, vegetables, and chicken, I was served one spoon of dry rice, and that was the only meal of the day for me, as I went on with my chores until 5 pm.

This was my daily routine and after some time I started losing weight. So one day after having had enough, I opened up to his son and revealed that his mother was starving me.

He sat his mother down and they agreed that he would be buying me food to cook for myself. Truth to his word, the next day he brought me some groceries, but this idea was short-lived.

The next day, after serving the old lady’s lunch, my attempt to prepare my meal was violently thwarted when she slapped me, threw away the food and ordered me to go back to work.

After that, it was a downward spiral, and as days passed by, things went from bad to worse. I survived on boiled rice only and I was given one serving of dry rice during lunchtime; the only meal of the day. I never had breakfast or supper for the whole 13 months I lived in that house.

I was also not allowed to call home and only contacted my family back in Kenya only three times the whole year.

But despite this, I had adapted to this new way of life, only that seven months into my stay there, tragedy struck. While cleaning one of the windows, I accidentally sprinkled the window cleaning solution into my left eye. I tried rinsing it with clean water immediately, but the damage had already been done.

The next few months would see me struggling with a swollen and itchy eye, while my pleas to seek treatment were ignored.

By this time winter season had started. My room’s window was only fitted with louvers and no curtains, thus it was letting in the cold. I was sleeping on a small mattress placed on an old iron bed, only covering myself with a tattered blanket. I shiver until morning.

I also worked for hours in the cold without warm clothes, and I developed bronchitis. I was diagnosed with the disease after the old lady’s firstborn son -the one that picked me up at the airport- came to visit one morning and found me asleep. When he came to my room, he found my whole body was swollen and I couldn’t wake up.

I was taken to the hospital and after x-ray tests, it was confirmed that I had bronchitis. Still, I didn’t get any medication, but instead I was brought back home.

It was at this point that I realised I was going to die if I didn’t stand up for myself. So I started crying and insisted that I wanted to go back home. They refused, insisting that I would stay there for another year to compensate for the money they had spent to bring me to that country.

We also started arguing about the salary they were to pay me. First, they had agreed to pay me Sh29,000, but then changed to Sh22,000; and I was to receive the lump sum when it was time to come back to Kenya.

Anyway, a few days after this encounter, they finally seemed to agree to let me go, and according to the old lady’s son, they had booked a flight for the coming week.

On that Wednesday that I was supposed to travel, my boss took me to the airport without my salary and run away leaving me stranded. I reported the matter to the police, but even as I did so, the officers insisted that the path I had taken was a dangerous one.

He was contacted and ordered back to the airport police station but even after several pleas for him to pay me my salary, he wouldn’t.

The next morning- on a Thursday – we went to court but he bribed his way into being allowed to take me back to the airport with only half of my money. I also came to find out that this was also a scheme to have me killed in revenge.

He paid me Sh150,000 which was still in Jordanian Dinar, yet the actual amount he was supposed to give me was Sh300,000. I also had to spend the night in the police cell as I waited for my journey back home, the next evening.

It was Friday evening; the third day without a meal and I was weak and stressed. At 11 pm I was called and told that my boss would be taking me to the airport, but the conversation and body language at the station indicated something else. There were plans to eliminate me.

According to their conversation (I understand basic Arabic), they had planned to kill and bury me. I fought them in the moving car with my right leg dangling out of an open door, a scene that was captured by the security cameras and caught the attention of the traffic police officers on duty. They are the ones that saved me and ensured that my boss took me to the airport to board a plane to Nairobi.

I landed at the JKIA on April 6, 2016. On arrival, I borrowed someone’s phone and called my father who came to pick me up at the airport. I remember he shed tears when he laid his eyes on me. I was thin, all swollen up and dirty.

I had to be taken to the hospital for a checkup, and the doctors confirmed the earlier bronchitis diagnosis. But this time it had advanced. I was placed on medication.

Despite the satisfaction of being home, I was traumatised and for weeks I couldn’t sleep. To make matters worse, the condition of my left eye had worsened, and I had to undergo surgery at Sabatia eye hospital in Vihiga County, to remove an ingrowth.

Two weeks after the operation, I was diagnosed with stage one cancer on the affected eye, but after going through a second operation and radiation, as well as receiving medication, in January 2017 I was declared cancer free.

Though the whole Middle East experience was nothing short of a nightmare, it inspired my zeal to be a gospel musician. I now have one album of six songs and I am working on my second album.

I supplement what I get from music, with whatever I earn from short-term jobs in the hotels in Mombasa. Initially, I ran a cafeteria business but I closed it due to the Covid-19 pandemic. I am hopeful that I will get back on my feet.

I don’t take it for granted that I am home and safe. To me, anybody, and especially a woman intending to go to the Middle East, is dicing with death.”

My Story – My Husband Changed After I Helped Him Get Rich < Previous
WOMANTALK: We Took The Morning After Pill But It Didn’t Work Next >
Recommended stories you may like: