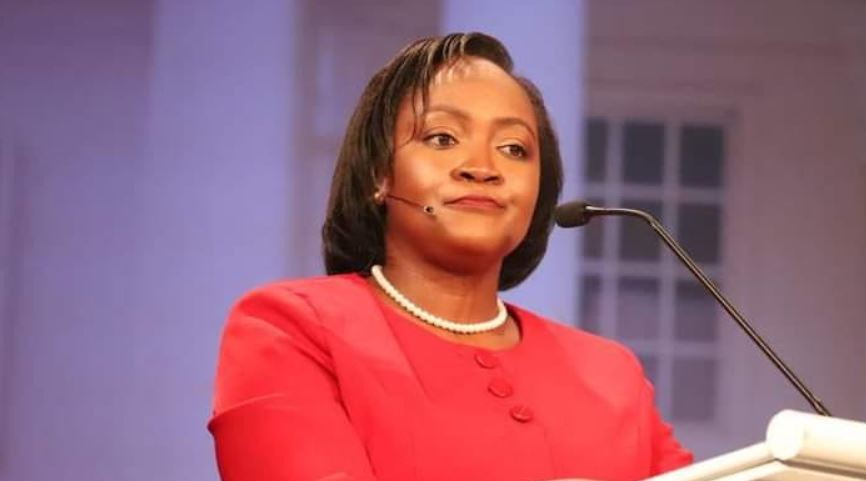 The former Deputy President aspirant Justina Wamae has officially resigned as a member of the Roots Party of Kenya.

It was only a matter of time before Wamae officially left the party after falling out publicly with party leader Prof George Wajackoyah.

She confirmed her exit on Thursday, September 22, sharing her letter of resignation on Twitter.

In her letter to Roots Party leadership dated September 21, Justina Wamae told the Secretary-General that her role as Presidential Running Mate lapsed the moment President William Ruto and his Deputy Rigathi Gachagua were declared winners.

“In this regard, I tender my resignation as a member of Roots Party of Kenya. Kindly accord the ORPP the requirements for my name’s prompt removal from your party register,” she wrote.

Ms Wamae also shared a letter from the Office of the Registrar of Political Parties, Anne Nderitu, acknowledging her resignation.

This means Justina Wamae, colloquially known as ‘Shawry for Hemp’, is not a registered member of any political party as of September 22. 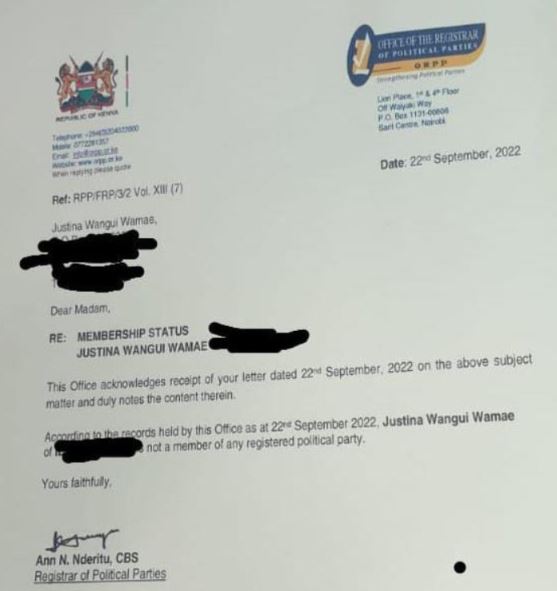 A party is NOT entitled to funding if they DO NOT have ELECTED members.The HOSTILITY besides PROJECT was that MIZIZI will benefit from the FUND. I have VOLUNTARILY RESIGNED they can now eat HOT AIR. Watch this space. #TillTheWholeWorldHears @KTNNewsKE @citizentvkenya @Tuko_co_ke pic.twitter.com/R5NWtKShRR

Production of ‘The Real Housewives of Nairobi’ Begins < Previous
CS Yatani: Treasury Won’t Disburse Funds to CDF Next >
Recommended stories you may like: