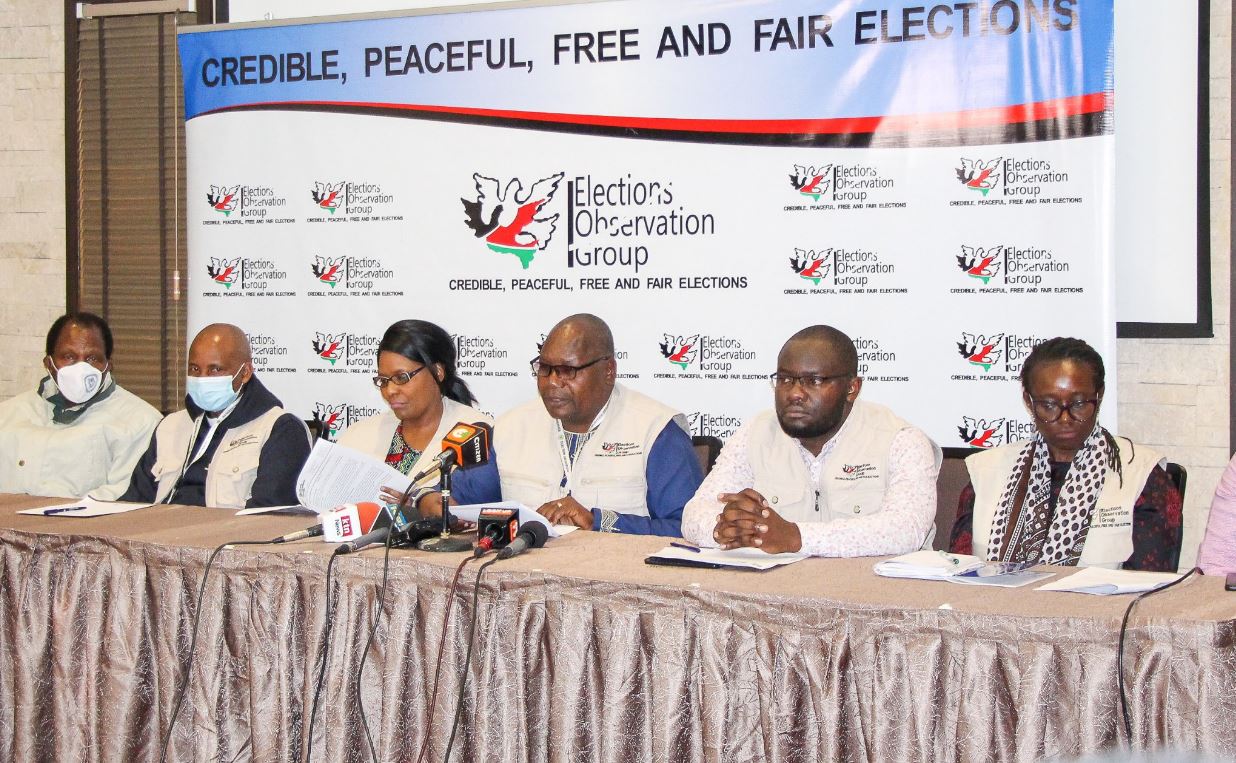 Despite the shameful drama witnessed on Monday, the IEBC has received high marks from the Election’s Observation Group (ELOG).

Giving their report in a press conference on Tuesday, ELOG revealed that they had a Parallel Vote Tallying (PVT) exercise, and their figures match what IEBC announced.

According to them, the election was free, fair and credible.

From their PVT, Deputy President William Ruto won the election with 50.7% with a margin of error of +/-2.1%.

The group said that they had 1000 agents on the ground who reported these figures. Their calculation was therefore based on random sampling, which explains the margin of error.

This latest tally is just one of many independent ones that have confirmed the IEBC count.

On the entire electoral process, here are some of the recommendations ELOG gave.

1. Quick resolution of election court cases ahead of the election day, particularly those that impact election day procedures and processes.
2. Ensure the transparency in the integrity of the maintenance of the voter register, including providing full access to the KPMG audit report.
3. Provision of consistent civic and voter education.
4. Punishing electoral offences and ensuring enforcement of code of conduct for political parties or candidates.
5. Ensure all polling stations are physically accessible to persons with disabilities and the elderly.
6. Ensure implementation and enforcement of the campaign finance regulation.
7. Ensure the result transmission process is clear and understandable to all stake holders.
8. Ensure safety and security of voters, observers and other stake holders throughout the process.
9. Reduce the cost of election.

The group will be issuing a final and comprehensive report within 60 days.

ELOG is a body made up of several groups, among them Federation of Women Lawyers (FIDA), Catholic Justice and Peace Department (CJPD), Centre for Governance and Development (CGD), National Council of Churches of Kenya (NCCK), Supreme Council of Kenya Muslims (SUPKEM), among others.