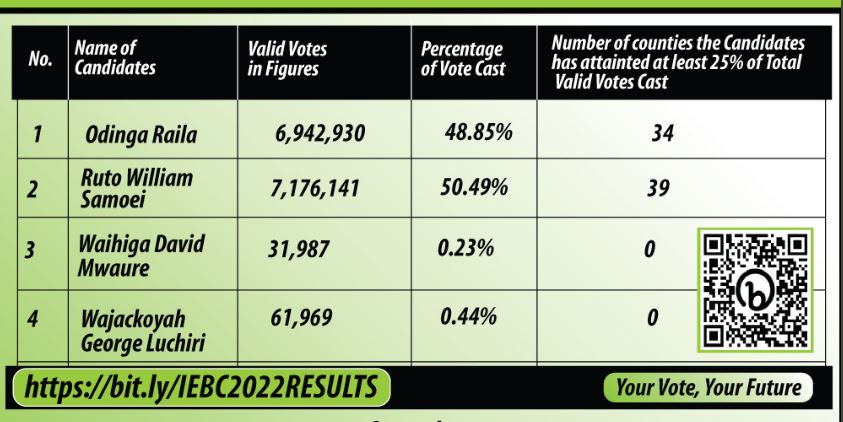 An election exercise that was going on reasonably well was spoilt at the last minute by a fall-out of the IEBC commissioners.

At the same time Chairman Wafula Chebukati was making the final declaration, 4 of the 7 commissioners were holding a press conference at Serena Hotel, indicating that they were disowning the results due to ‘opaqueness’ in the exercise.

In any other election, the reaction would have been different. However in this one, the IEBC had in most people’s minds conducted the election and subsequent tally very transparently. For the first time in Kenya’s history, and probably in any country, any person could access all the results forms in once simple portal, and make their own calculations.

If it were not for thoroughness’ sake, the results could have easily been announced 48 hours after the voting exercise. However, the IEBC had to receive all physical, original copies of the forms, then compare and verify them against what was uploaded to the system.

To the best of our knowledge, every single original Form matched what was on the portal. It’s true some had arithmetic errors, but they were the same forms.

TV stations started doing their own tallies on election night, and for a while updated the figures regularly.

However, in what was widely seen as a betrayal to the country, all of them stopped the tally. Curiously, at the moment they stopped and froze the new number on your screens, neither candidate satisfied the constitutional requirement of 50%+1 votes.

These led many Kenyans to think there would be a re-run.

The major political parties also had their own tallies, but the water was so muddied that few believed the numbers they were posting.

Both claimed to have figures supporting their victory, which if you know a bit of math, is impossible. Azimio was the first to post what they claimed were the final figures, literally on the day after the elections. Not even IEBC could claim to know the winner at that point.

Kenya Kwanza soon followed with their own tally, with Dennis Itumbi particularly busy on social media.

For the avoidance of doubt, neither Kenya Kwanza nor Azimio’s tally matched the final IEBC tally exactly. However, it was clear one tally was done in bad faith, since the source documents were the same for everyone.

Kenya Kwanza’s final tally as posted by Itumbi and David Ndii was as follows, compared to IEBC figures. 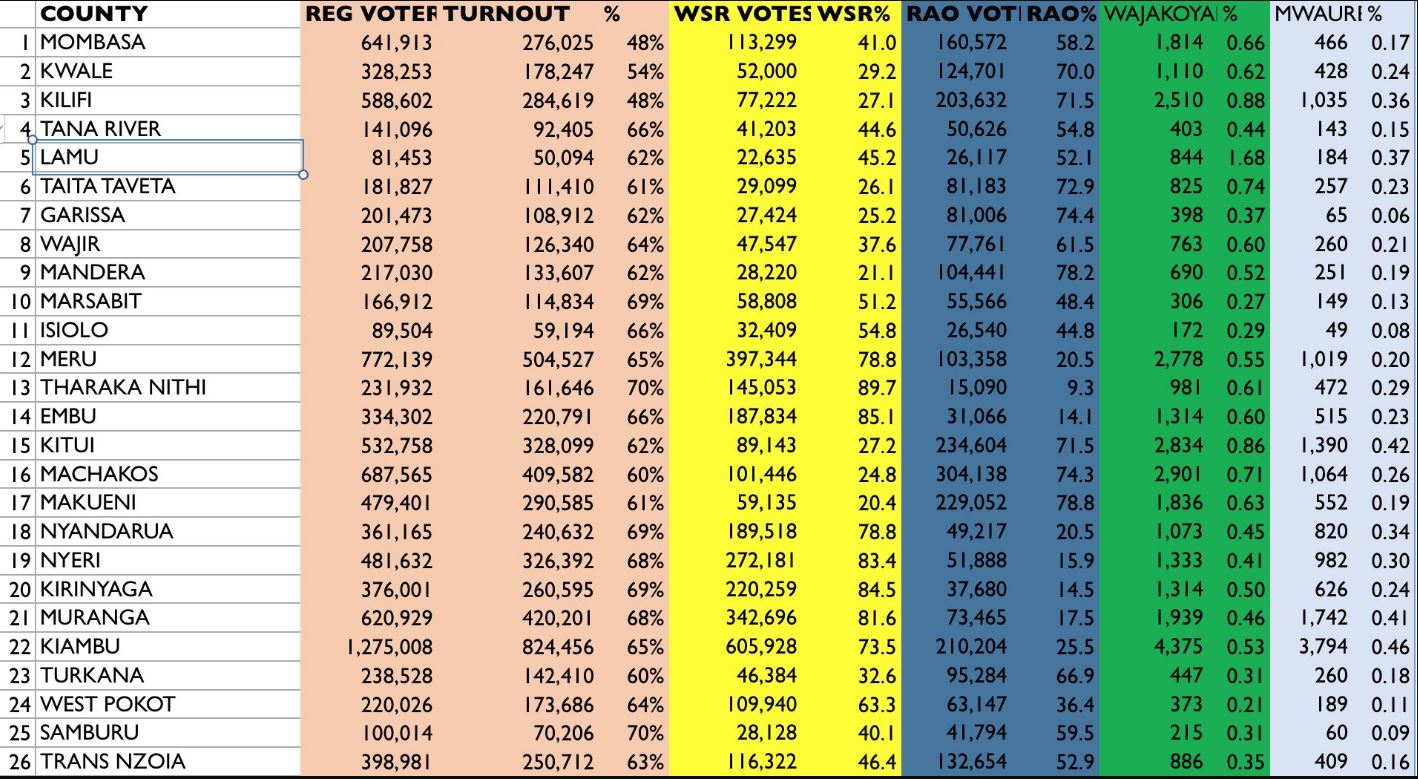 The relatively small difference could be as a result of a few polling stations whose forms were not on the portal at the time the tally was posted, and also some clerical errors.

There were many different tallies by Azimio supporters and insiders, but other than the consistency of Raila winning in them, they were all over the place in terms of numbers.

However, they all had Raila above the IEBC tally by hundreds of thousands of votes, and also satisfying the 50%+1 requirement.

Multiple other comprehensive tallies were conducted by Kenyans, independent of either IEBC or the political parties. They all came to the conclusion that Ruto had won, and also met the 50%+1 requirement.

Here are some of them, posted at different times, and before all Form 34Bs were posted on the portal.

Finally our public tally MATCHED results by IEBC to 1 decimal point. We appreciate the opportunity to deliver a CREDIBLE public tally. Thanks everyone

With less than 10 minutes left to the announcement:

Here is how it looks: https://t.co/aXIaFHIaZ4

Now to the IEBC: pic.twitter.com/nBV8lKw45g

We have also done the same tally and counter verified with Form 34As for constituencies not yet reported and these were the results. Our tally is non-partisan and involves both KK and Azimio. We are at 280/291 pic.twitter.com/FPiVSLm2mY

@DavidNdii Since Chebukati decided that this election is a do it yourself thing, I did a tally and this is what I have. The figures in green is my projection of what we will get from the pending 34Bs. pic.twitter.com/4MhfsFliov

Compares fairly with this one pic.twitter.com/flwNvW1VMm

The last three lists below with presidential results at the very end. All highlighted constituencies await complete or additional information.

With so many tallies confirming the final announcement, it would be fair to conclude that the IEBC tally was an accurate count.
It also raises the bar for future elections, when it comes to individual Kenyans or group of Kenyans volunteering to verify the results of an election.

If the same process is repeated next election, we might find ourselves in a situation where the presidential winner is known in hours, with thousands of Kenyans organizing and participating to tally the Form 34As.