NACADA: Wajackoyah is not Being Truthful About Marijuana 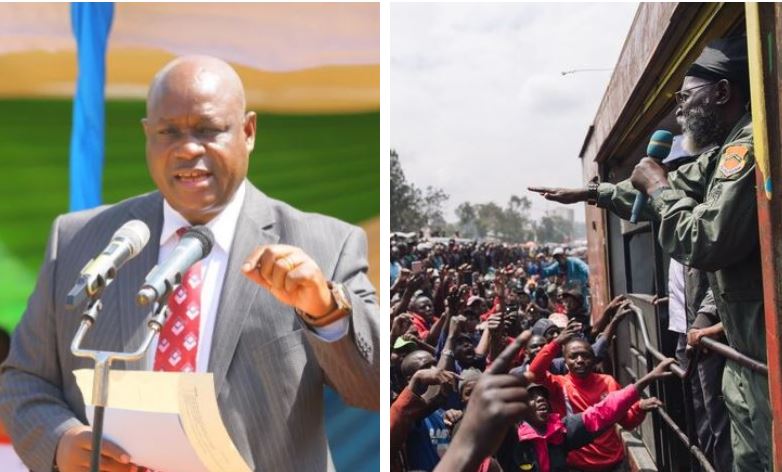 The National Authority for the Campaign against Alcohol and Drug Abuse (NACADA) has faulted presidential candidate Prof George Wajackoyah for propagating marijuana use.

“Our position is very simple; that the anti-narcotic and psychotropic substances act is still active in this country, and those young people who will be persuaded by politicians’ pronouncements into offences around that act will face the law,” Okioma said.

“Wajackoyah is not being truthful and is not giving enough information. You can’t say Uganda has legalised marijuana and not say that it has legalised production for pharmaceuticals under very strict controls,” Okioma said.

“South Africa has legalised recreational cannabis but you cannot take it in public, it is an offence and you will be arrested. Even in the European countries and the US where it is legalised, they have very strict controls.”

Chebukati Asks Kenyans to Pray for IEBC Staff and their Families < Previous
All The Trending Pics This Thursday Next >
Recommended stories you may like: