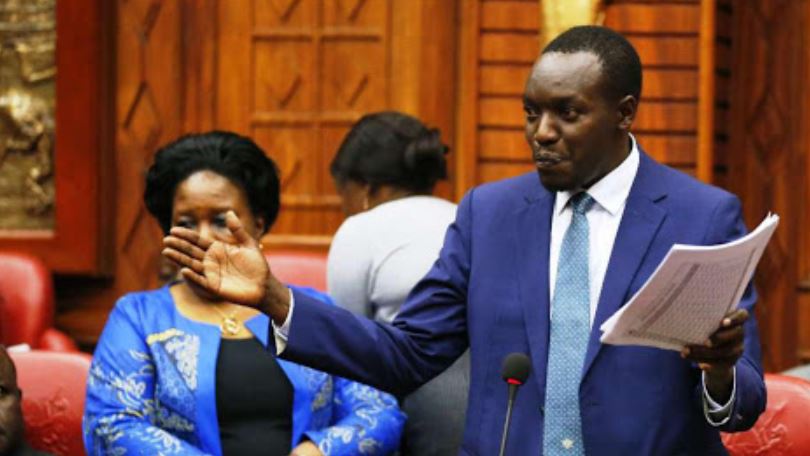 With the electioneering period now almost over, Kenyans are looking forward to what their newly elected leaders can deliver.

Some leaders as well have already shown the verve with which they intend to serve their people. One of these politicians is the newly-elected Kisii governor Simba Arati.

Ahead of taking the oath of office today, Thursday, August 24, Arati yesterday revealed that he had turned down a budgetary allocation amounting to Sh57 million that was set aside for his swearing-in.

The county’s Assumption of Office of Governor Committee had also set aside the funds for renovations of the Governor’s office.

Of the Sh57 million, Sh33 million was for the purchase of a new car for the Governor and his deputy.

Arati said he does not need a new car and that he will have the offices renovated at zero cost on the County Government.

“The budget that had been set aside for assumption of office after my election was Sh57 million. I have slashed it to Sh3.5 million. It will only be higher by Sh600,000 because of the TV advertisements they had already placed and for live coverage,” Arati told Citizen TV.

Adding: “I cannot spend Sh57 million when hospitals and dispensaries in the county have no medicine and residents of Kisii do not have water.”

Arati also said that if his deputy doesn’t have a car, they can use the one used by the outgoing governor.

“We did the calculations together and brought the budget from Sh57 million down to Sh3.5 million.  They wanted to acquire a new vehicle for the governor and deputy governor at a cost of Sh33 million, Sh7 million to renovate offices, Sh6 million to construct the governor’s residence and Sh.10 million for tomorrow’s event,” Arati said.

“I said no. I have a vehicle. I cannot put it aside and ask for a new one. Let me use mine. I can even fuel it as long as the residents of Kisii benefit. My deputy can use the vehicle that the former governor was using in case he has no vehicle. We have cars, so let that Sh.33 million be redirected to proper use,” Arati stated.

Court Frees Barasa on Sh10 million Bond, But With Conditions < Previous
9-year-old Boy Leads Police in High Speed Chase with Father, Sister in Car Next >
Recommended stories you may like: