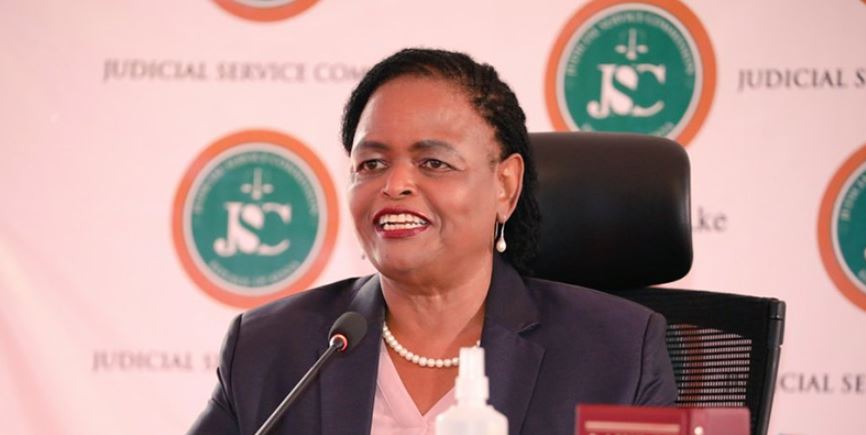 All elected and nominated State Officials will be required to sign and commit to their Leadership and Integrity Codes during their swearing-in, Chief Justice Martha Koome has directed.

Koome, in a letter on Wednesday, August 23, directed all Judges and Judicial Officers overseeing the ceremonies to work with the Ethics and Anti-Corruption Commission (EACC) to facilitate the signing.

“I have accordingly directed the assigned Judges and Judicial Officers to engage with the appointed officer from EACC to facilitate signing and commitment to the Leadership and Integrity Codes,” the letter reads.

The signing is scheduled for Thursday, August 25, in 45 counties.

EACC CEO Twalib Mbarak wrote to the CJ on Tuesday, August 16 requesting that the signing be incorporated during the oath-taking ceremony.

Mbarak said if the governors, DGs and elected/appointed members of the county assemblies sign the document, it will ensure efficiency and effectiveness.

The antigraft czar added that those who will subsequently be appointed to the new national and county governments will also be subject to the requirement.

“EACC is of the view that all the newly elected State Officers should, in the interest of efficiency and effectiveness, sign and commit to the Codes at the time of taking the oath of office,” Mbarak’s letter reads.

“Signing of the integrity code is a commitment and pledge by the State Officer to the public that during their tenure of office, they will uphold Integrity and will not engage in any form of corruption,” Mbarak added.

Milimani Courts Closed for Days for Hearing of Presidential Election Petitions < Previous
CS Magoha Invites Kenyans to His Next Job Next >
Recommended stories you may like: