Bomas Chaos Would Have Been Worse Without Us, says Choir 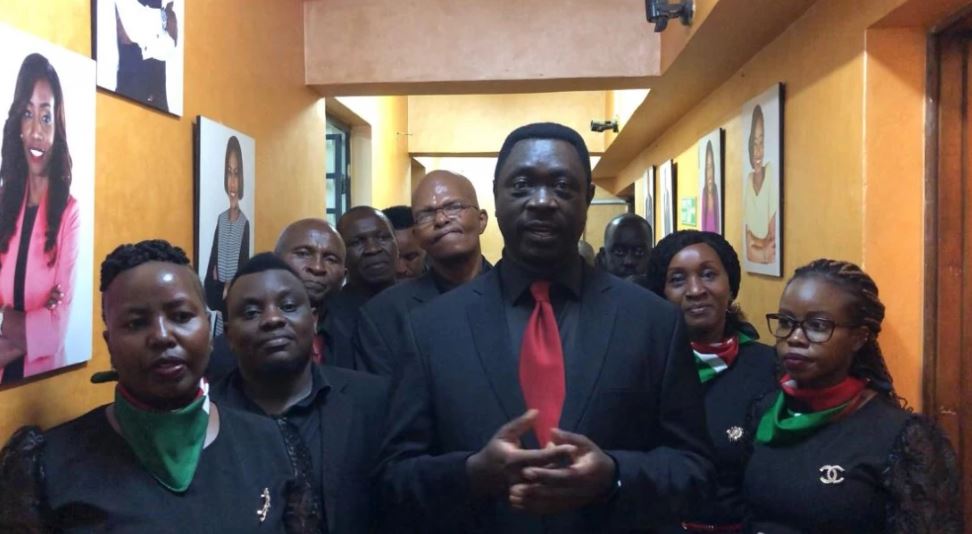 One of the choirs that performed at the Bomas of Kenya on August 15 recalled the chaotic scenes that were witnessed during the announcement of the presidential results, revealing why they could not stop singing.

Formed in 2008 and led by director/lead singer Kenneth Indiazi, Safari Voices International is a 22-member group that also serves as a band.

“We come from different backgrounds, we have teachers, civil servants, company directors ranging from young to old members,” Indiazi said.

The singer said the IEBC had hired them to perform at Bomas from 10 am until 3 pm when Chebukati was expected to announce the presidential results.

They however had to belt out more tunes for three more hours following the unprecedented chaos that left some IEBC officials injured.

“On that day we were supposed to work from 10 until the time the chairman of IEBC comes to announce the results. But because we were there serving our nation we could not stop singing. Singing there was like medicine for the tempers that were going around there,” Indiazi said.

“We had to continue singing because we saw whatever was taking place there, the tempers had gone up, and its only music that can bring those tempers down and so we had to sing and we thank God because he used us to bring the emotions down.”

He explained that their main aim was to spread the message of peace through patriotic songs.

“And through our song which was speaking about peace, we kept on reminding those fighting that we need peace and not the throwing of chairs that was there. Elections come and go but Kenya will remain,” he said.

According to Indiazi, the chaos at Bomas would have been worse without them, regardless of all the complaints from a section of disgruntled internet users.

“I assure you Kenyans appreciated what we did. If we were not there things would have been different,” he averred.

Indiazi noted that they have since received numerous calls and messages, some congratulating them and others booking them to perform at events.

“We are actually overwhelmed with phone calls, first of all thanking us for what we did  and secondly we have already been booked for functions. It gave us a marketing platform,” he said.

“Guys have also been calling us from Canada, America just thanking us and we perform in Weddings, funerals, gigs and anybody can invite us.”

CRAZY – The Funny Memes Going Viral on Social Media < Previous
Raila: There Will Be No Reconciliation Until The Truth is Known Next >
Recommended stories you may like: