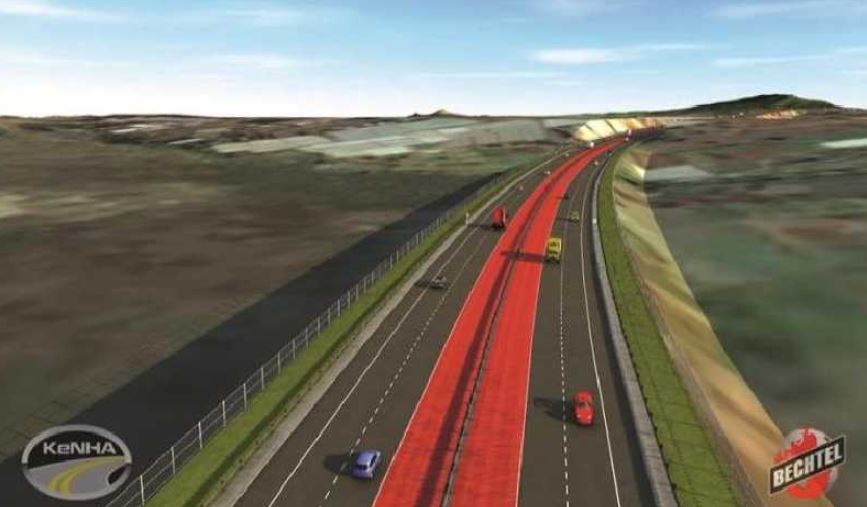 Following the completion of the Nairobi Expressway, the Kenyan government has set the ball rolling on a colossal road infrastructure project, the Nairobi-Mombasa Expressway.

The Ksh318.25 billion project was set to be undertaken by a US contractor; Bechtel Engineering, but the firm and the Kenyan govt couldn’t reach an agreement.

It is understood that Bechtel declined the financing model proposed by the government. The State wanted a similar model to the Nairobi Expressway, where the American firm would source funding and then recoup its cost through toll fees.

Bechtel Eng. insisted on a contract model where the government would pay for the construction of the expressway.

The U.S contractor reasoned that the public-private partnership model would inflate the cost of the Ksh318 project to Sh1.6 trillion since it would involve borrowing and interest payments which it did not want to get involved in.

“Our approach will always set out to minimize building costs and pursue the fiscally responsible option,” the firm’s spokesperson Aileen Easton was quoted by Engineering News-Record.

“We are committed to providing the best possible value of money for the Kenyan people.”

The firm has since presented a pre-feasibility study report of the Nairobi-Mombasa Expressway to the government.

The Nairobi-Mombasa Expressway will start from Machakos to Mariakani and will turn the current two-lane into a four-lane carriageway.

All The Memes and Tweets Trending This Tuesday < Previous
Nairobi Gubernatorial Debate Set For July 11 Next >
Recommended stories you may like: