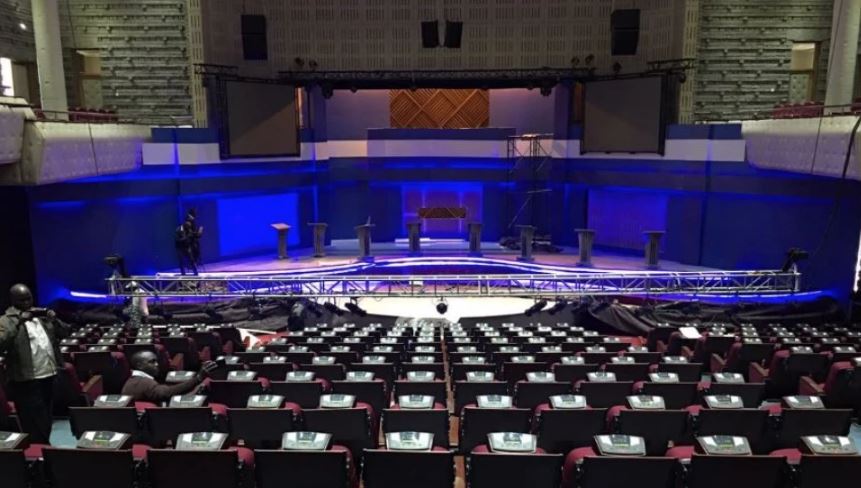 Candidates vying for the Nairobi Governor seat in the forthcoming August Elections will lock horns in a debate next week.

The Nairobi debate is scheduled for July 11; the Deputy Presidential Debates on July 19 and the Presidential on July 26.

All the debates will be held at the Catholic University for Eastern Africa (CUEA) main campus in Karen, Nairobi, from 5:00 pm to 10:00 pm.

The Nairobi gubernatorial debate will be arranged in two phases.

“The gubernatorial debate is in recognition of the central place held by devolution in our governance and the growing need to ensure greater accountability at the county level,” Machoka noted.

The first tier will feature gubernatorial candidates whose popularity ratings, based on three recent opinion polls, stand below 5 percent, while the second tier will involve candidates who have polled above 5 percent in the same opinion surveys.

The first tier shall be moderated by Serfine Achieng’ Ouma of KBC and Ayub Abdikadir of K24.

The second phase shall be moderated by KTN’s Zubeida Koome and Mark Masai of NTV.

Waihiga is expected to host analysts and governance experts who are going to comment on the progress of the debates.

The moderator choice was based on rigorous criteria that endear the principles of impartiality, fairness and objectivity,  the secretariat said.

“Under the debate rules, the moderators will select the questions to be asked and shall not share the same with the candidates. They will not meet with any of the campaign teams or candidates,” Machoka added.

More details on the deputy and presidential debates will be released in the coming days. 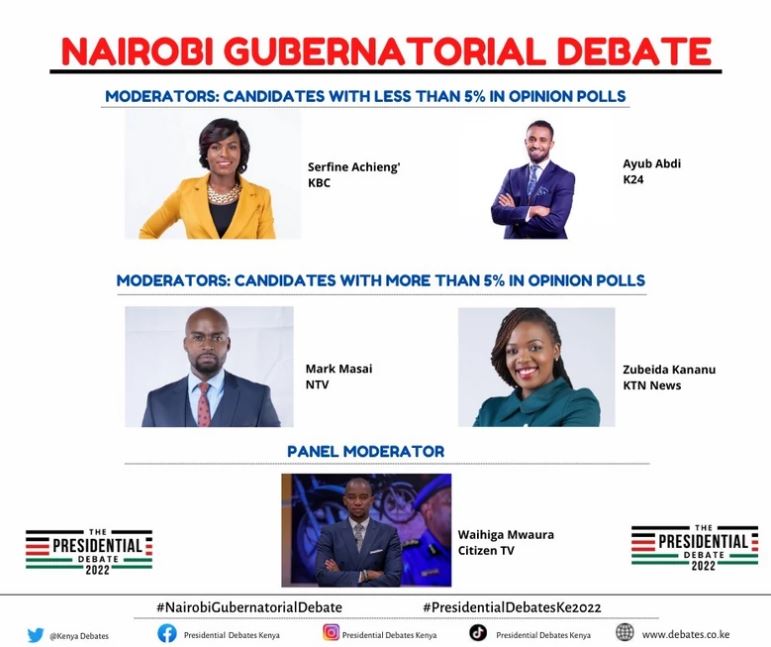 Why U.S Contractor Pulled Out of Nairobi-Mombasa Expressway Construction < Previous
King Kaka: His Biography and Some of His Best Works Next >
Recommended stories you may like: