WATCH: Uhuru Exchanges Sweet Nothings With Woman, “I Love You Too” 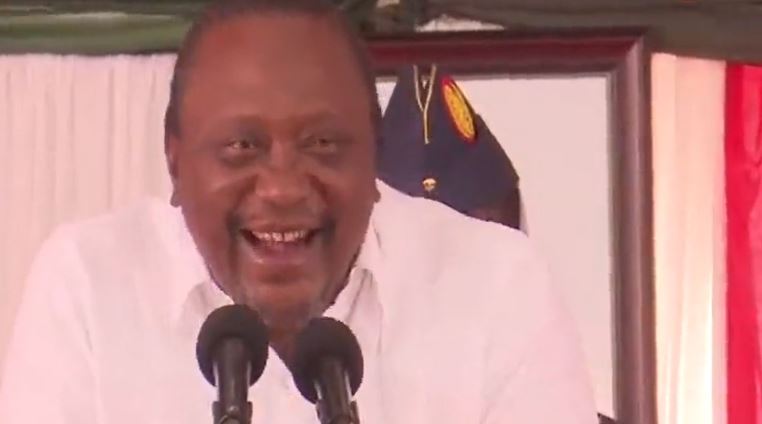 President Uhuru Kenyatta shared a lighthearted moment with one of his supporters in Nakuru on Wednesday, when he commissioned the refurbished Nakuru Railway Station.

While addressing residents about the benefits of the development projects he had launched in the county, a woman in the crowd momentarily interrupted his speech and shouted, “Uhuru, we love you.”

Without hesitation, Uhuru looked in the direction of the supporter and said ‘I love you too’.

The crowd erupted into cheers as Uhuru laughed and blushed before thanking the supporter for professing her love.

“I love you too 😘 ” President Uhuru responds to a woman in the crowd. pic.twitter.com/lzHcMWa8Nj

The exchange of sweet nothings was not the only light incident witnessed at the Nakuru Railway Station. After completing his speech, a woman in the crowd tried to catch Uhuru’s attention, with the president asking his security detail not to manhandle her. 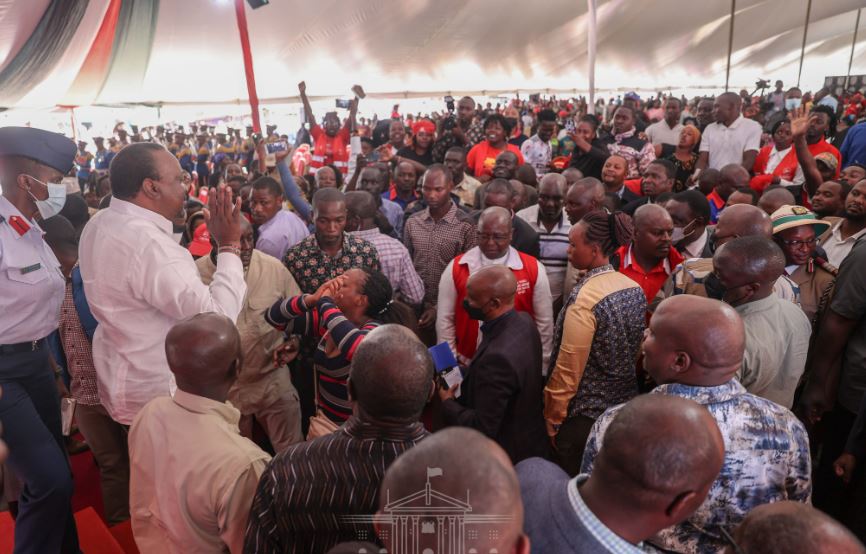 And in yet another amusing moment in Naivasha on Tuesday, Uhuru had to pause his speech after he was interrupted by a landing chopper.

Seconds later Uhuru hilariously lamented that the chopper pilot had waited until he started his speech to disrupt his work.

With his tenure coming to end, Uhuru Kenyatta will certainly be remembered and missed for his amusing and unscripted remarks at various keynote speeches.

Here’s a video of the chopper incident.

Uhuru Urges Kenyans To Embrace Peace And Unity < Previous
7 Wonderful Places In Kenya That are Perfect For Playing Golf Next >
Recommended stories you may like: