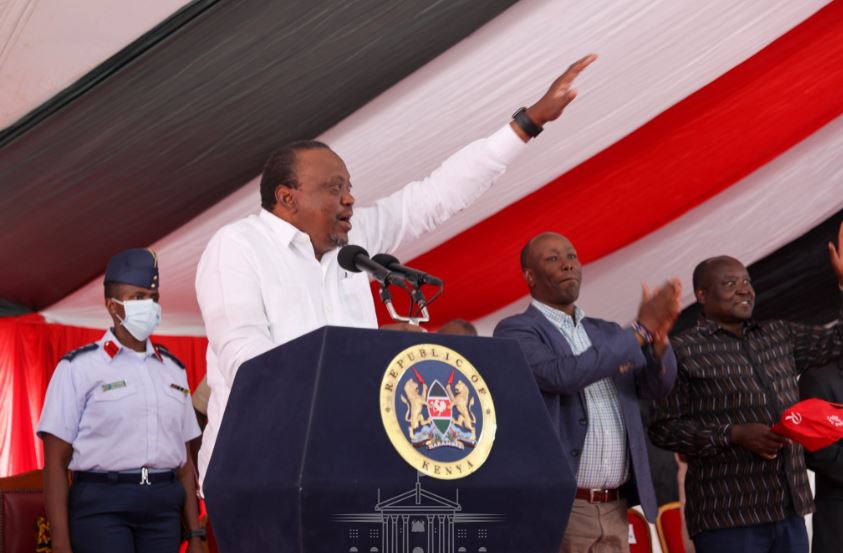 President Uhuru Kenyatta has urged Kenyans to embrace peace and unity at all times by shunning leaders whose main agenda is preaching divisive politics and hatred.

The President emphasized that Kenya will only continue on the development trajectory if honest leaders who stand for the truth take over from him not the “masters of doublespeak” who are driven by selfish motives.

“I want us to have leaders who will stand for justice. Let us go for leaders who are respectful and honest. The most important thing is for Kenyans to unite and uphold peace. Without peace and unity, the country will not achieve its development goals.

“My stand, right from the beginning, has always been seeking ways of uniting the country and entrenching peace,” the President said.

President Kenyatta spoke on Wednesday after he commissioned the refurbished Nakuru Railway Station and addressed residents.

“I thank Nakuru residents for living together peacefully. All Kenyan communities live here. We don’t want to be divided, we should continue living and working together as Kenyans,” President Kenyatta said. 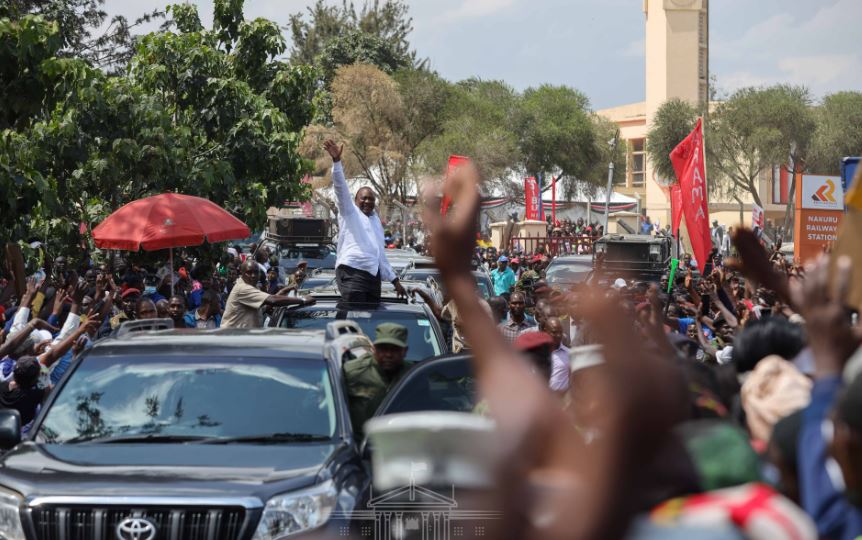 He said, as a peace-loving leader, his desire is to leave a country whose citizens live together peaceful regardless of their ethnic and religious background.

The Head of State said he has always been keen on ensuring inclusivity and equitable development across the country, saying it was unfortunate that the Building Bridges Initiative (BBI) that stood for those principles was shot down by deceitful politicians.

He reiterated his call to Kenyans to be keen and elect genuine leaders who will build on the country’s progress instead of those who will run it down.

Saying he harbours no ill intentions against anyone, President Kenyatta regretted that some political leaders have chosen to peddle lies at the expense of promoting the welfare of Kenyans.

Nakuru Governor Lee Kinyanjui thanked President Kenyatta for his visionary leadership that has transformed Nakuru County through projects that have uplifted the lives of the residents. 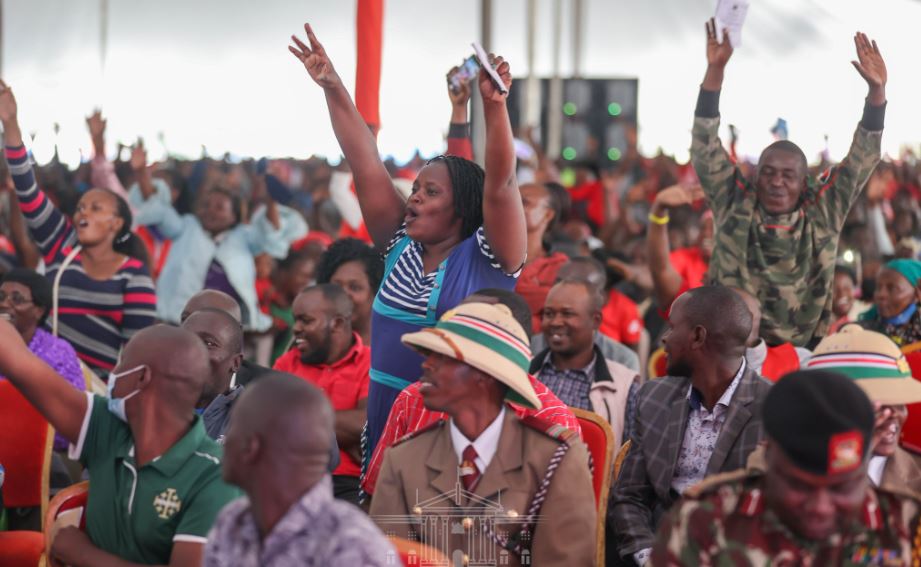 The Governor cited the refurbishment of the Nakuru Railway Station, the upgrading of Nakuru to city status and the ongoing construction of an international airport in Lanet, Nakuru city that will attract more investors.

“The Nakuru-Kisumu railway line which has not been operational for close to 13 years is now restored and fully operational. The Nakuru Railway Station is one of the many refurbished areas under the 217 kilometres Nakuru-Kisumu meter gauge railway revitalization project,” said CS Yatani.

The Cabinet Secretary expressed optimism that the refurbished railway station will restore Nakuru to its past glory. 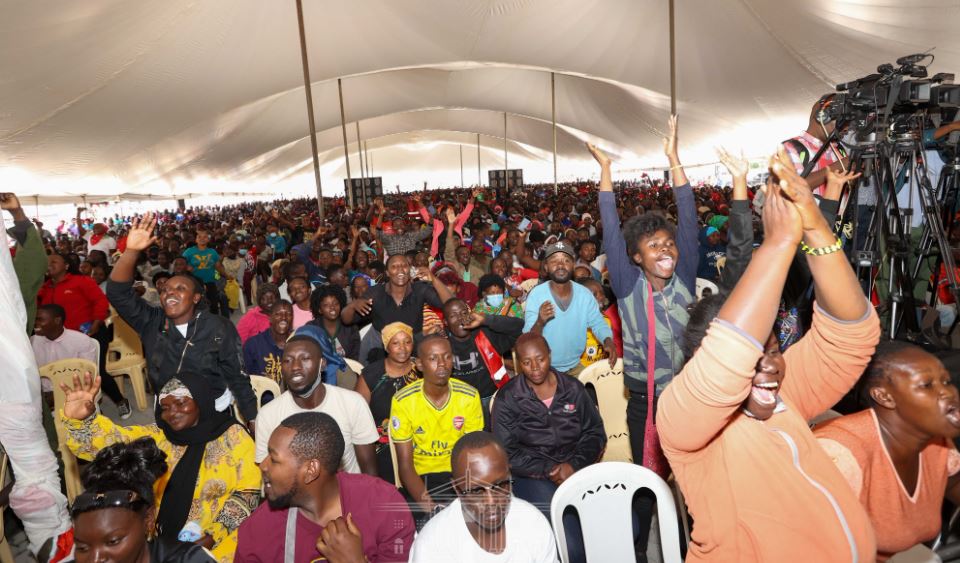 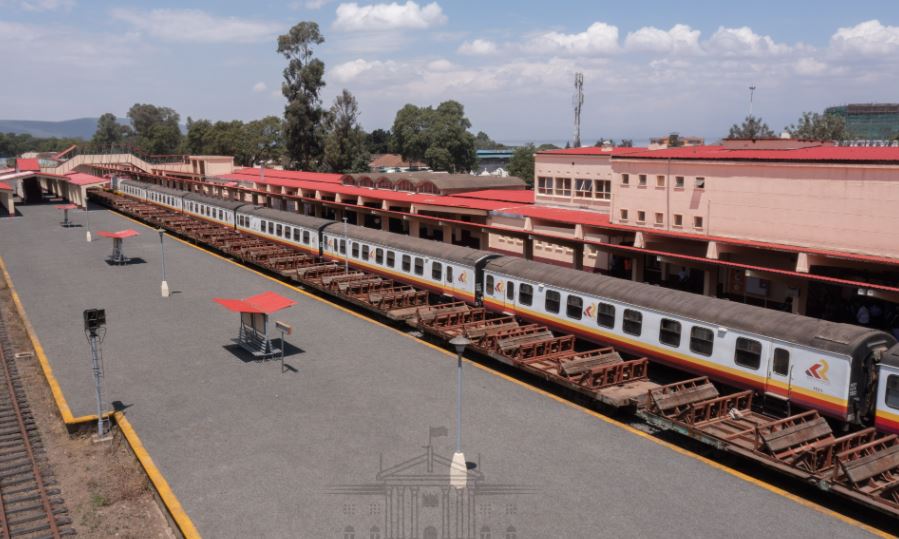 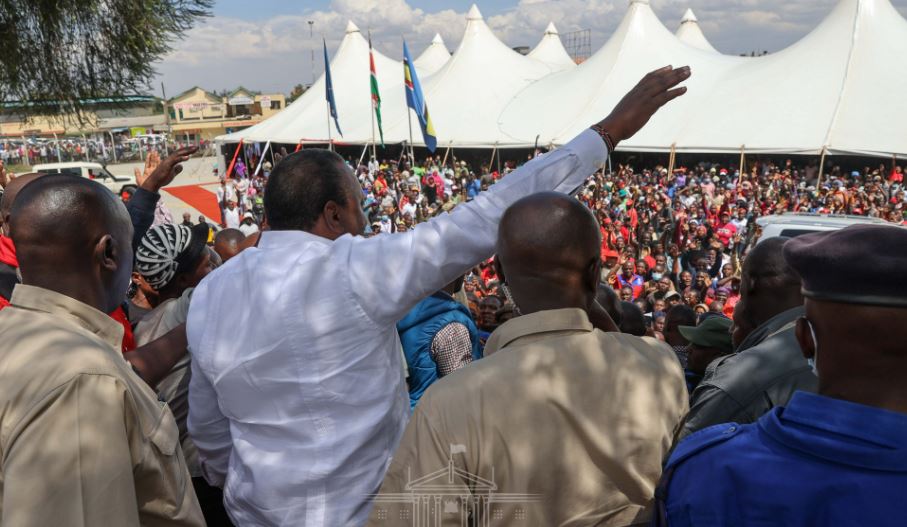 Here’s What’s Trending on Social Media Today < Previous
WATCH: Uhuru Exchanges Sweet Nothings With Woman, “I Love You Too” Next >
Recommended stories you may like: