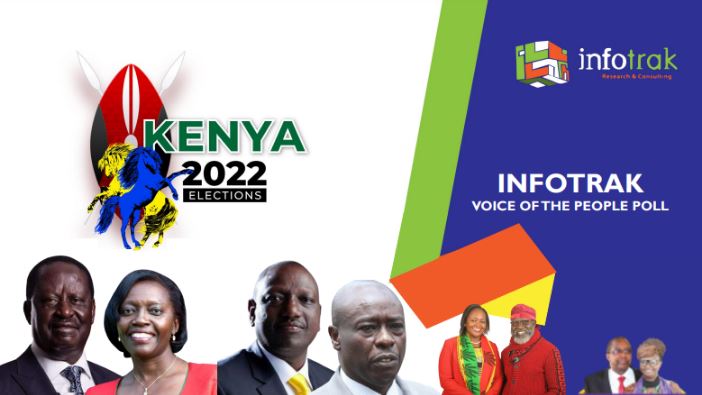 Infotrak Research has come out to explain why it deleted a Twitter poll that had placed Rigathi Gachagua ahead of Martha Karua following the Deputy President debate on Tuesday.

From the poll, Rigathi got close to 62% of the vote, followed by Martha Karua with just under 30%. Justina Wamae and Ruth Mucheru got 8% and 0.6% respectively.

After a couple of hours and over 51,000 votes cast, Infotrak curiously deleted the poll, casting further doubts on their impartiality.

But Infotrak’s CEO Angela Ambitho denied they pulled down the poll because Gachagua was in the lead. She explained that they noticed most of the voters were not authentic.

“When we did this Twitter poll we realized there were bots and we decided to pull it down. A Twitter poll is not scientific but it can give a gauge of what Twitter users think,” she said.

Ambitho said the bots undermined the authenticity of the poll.

“It does not mean we pulled it down because someone was winning, it had been compromised. Social media polls can’t be termed as a scientific poll.

“We will be running another poll and unlike the Twitter one which was compromised this poll will be scientific. So we will select participants randomly and we don’t risk a case where one person votes more than once,” Ambitho added.

Here’s What’s Trending on Social Media This Thursday < Previous
Uhuru Kenyatta’s Full Statement on Food Subsidies as 5th Stimulus Package Next >
Recommended stories you may like: