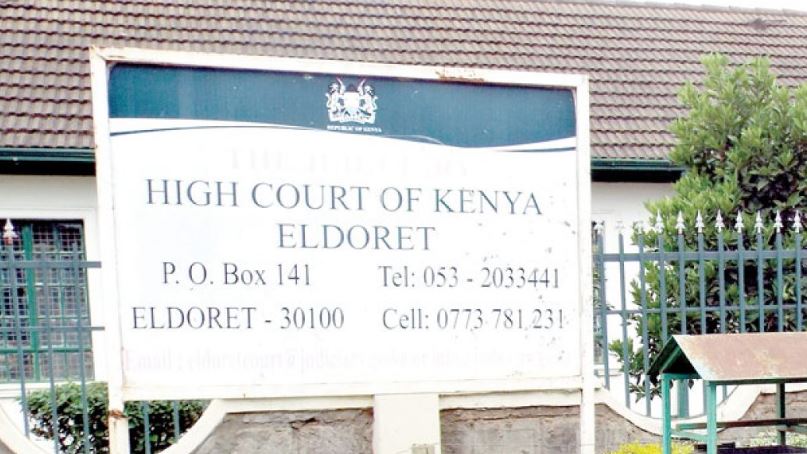 A woman left na Eldoret court stunned after she asked the magistrate not to release her son accused of killing his wife.

Lucy Kwamboka, 60, said her son Khadir Manda, 36, should remain at the Eldoret GK remand prison for the entirety of the murder trial out of fear for his life.

Kwamboka said if released on bond, her son would be killed by the public and the family of the deceased woman.

“I plead with the court not to release my son on bond. It will endanger his life. He should remain in remand until tempers go down,” she told probation officers.

Manda, who appeared before Justice Eric Ogola of the Eldoret High Court, sounded remorseful but denied killing his estranged wife on May 6 in Iten, Elgeyo Marakwet County.

The body of the mother of three was found in a pool of blood in the couple’s rented house.

While regretting her son’s actions, Kwamboka asked the court to continue detaining him so that she can have peace at home.

“My son will be safe in the hands of the government at the correctional facility, unlike at home. If the court releases him on bail, I am afraid he will be killed by family members of his late wife, who are still grieving,” she said.

Justice Ogola ordered that the accused be remanded at the Eldoret GK prison pending the outcome of the probation officer’s report on his conduct.

The matter will be mentioned on July 21 for further directions.

My Mum Has Never Met My Son, says Tanasha Donna < Previous
CS Magoha Sets Condition To Presidential Aspirants Seeking His Services Next >
Recommended stories you may like: