DP Ruto: The President Should Be Investigated For Corruption 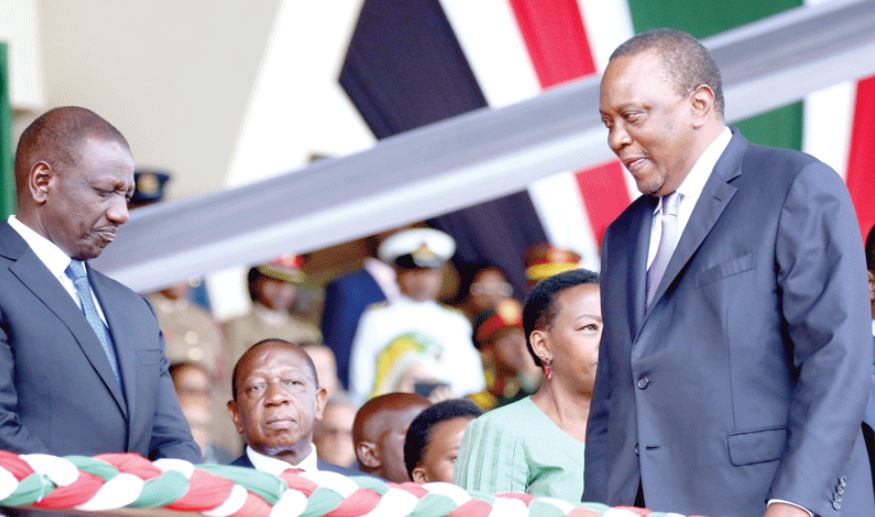 Deputy President William Ruto says no one should be above the law when it comes to investigating and prosecuting corruption-related offenses.

Ruto spoke in an interview with South Africa Broadcasting Corporation (SABC), where he called for the removal of the presidential immunity clause that protects a sitting Head of State from criminal and civil proceedings.

The DP said if elected, his Kenya Kwanza administration will establish strong institutions capable of prosecuting the high and mighty in government.

“We must build institutions that have the capacity to investigate corruption, theft of public resources, state capture and conflict of interest from any state official. There are countries that take their presidents to court because of corruption and we must take our country to that level,” Ruto said.

The DP promised that his administration would make sure everyone implicated in corruption faces criminal proceedings, including those in the Office of the President.

“There is no reason why the budget for the investigating authorities is in the Office of the President because it limits their capacity on whom to investigate. They have to look at who is related to who and how. We want them to have financial independence so that they can investigate everybody, including any official, irrespective of who you are related to or irrespective of what office you hold, including the President himself,” Ruto added.

The DP at the same time took a swipe at his rival Raila Odinga saying his Azimio la Umoja One Kenya Coalition has no proper plan to fight corruption.

“We cannot go by the plan of our competitors who have a president somewhere directing who is to be jailed, which means the president is above the law, and who is above investigations, which also means they are personalising the fight,” Ruto argued.

All The Trending Memes and Tweets This Friday < Previous
3,000 Paid Govt Internships Up For Grabs For Kenyan Graduates Next >
Recommended stories you may like: