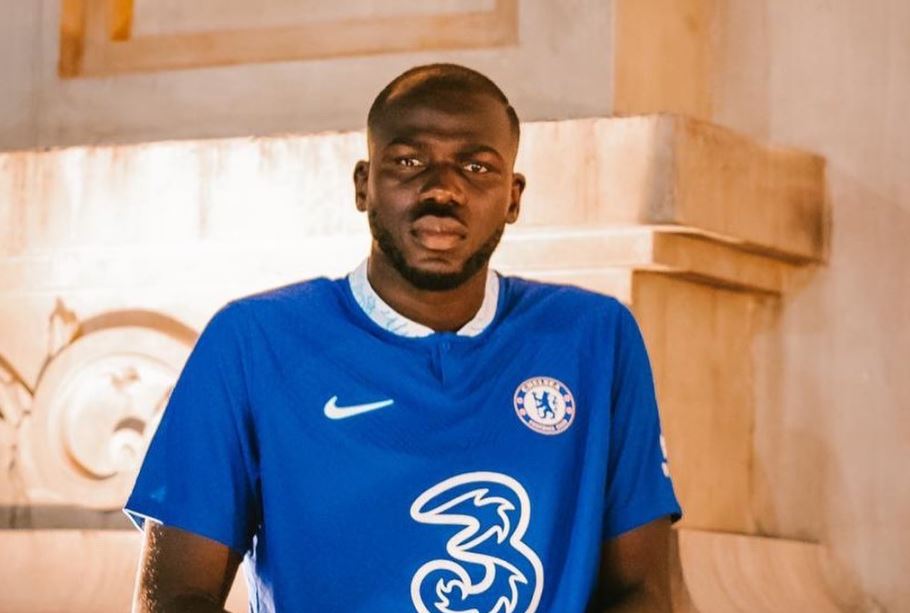 Chelsea have finally signed Napoli defender Kalidou Koulibaly for a sum estimated to be around £33 million.

The 62-capped Senegalese central defender has agreed to a four-year deal for about £160,000 per week to join Stamford Bridge. On Friday, he took a flight to Las Vegas to join his new teammates on their pre-season tour of the United States.

With just one year remaining on his Napoli contract, Koulibaly, who Juventus were also courting, was signed right after Raheem Sterling, who moved to the Bridge from Manchester City for £47.5 million.

“I’m very happy to be here with this team at Chelsea,” Koulibaly said in a statement. “It’s a big team in the world and my dream was always to play in the Premier League.

“They (Chelsea) came first to get me in 2016 but we didn’t make it. Now when they came to me I accepted it because they really wanted me to come to the Premier League to play for them.”

Thiago Silva, Trevoh Chalobah, and little-known Malang Sarr were the only senior center-backs in Thomas Tuchel’s team after the Blues lost Antonio Rudiger to Real Madrid and Andreas Christensen to Barcelona this summer on free transfers.

Koulibaly signing will undoubtedly give hope to the Blues hopefuls and raise their stakes as a top three side in the Premier League. Betting fans can wager on the Blues to win the EPL title in the season that starts in August.

If you are in Kenya, find out more on how to open a bet365 account in Kenya and enjoy placing bets on matches.

Koulibaly, 31, joined the Serie A club from Belgian side Genk eight years ago and has made over 300 appearances. He has been chosen to the Serie A team of the year four times and was awarded the best defender in Italy in 2019.

Former boss Carlo Ancelotti once referred to Koulibaly as one of the greatest defenders he had ever worked with, which means a lot coming from a man who has coached John Terry of Chelsea, Sergio Ramos, Paolo Maldini, Fabio Cannavaro, and others.

He went from being a little-known center-back from Genk to one of the best players in the world in his position in eight years at Napoli under Ancelotti and others.

English teams have been courting him for the majority of that period since they are fully aware of how well he can fit in the Premier League.

Koulibaly has finally caved into temptation by turning down a new contract in Naples to join Thomas Tuchel in rebuilding Chelsea’s defense.

He is now 31 years old and looking to leave a trophy legacy in his last years of play. Tuchel may have found the ideal replacement to carry on with the Blues’ resolute defense, which has characterized them under his leadership.

His raw defensive numbers haven’t always lived up to his reputation in Naples and around Italy; Napoli supporters refer to him as “K2” and “The Wall” interchangeably. After Lorenzo Insigne left the team earlier this summer, he was heavily rumored to take over as team captain.

The days before his relocation to London, the national press referred to him as a “defensive wall.”

Giandomenico Costi, who worked as Cristiano Giuntoli’s assistant at Napoli up until last year, said that Koulibaly’s transfer has given Chelsea access to one of the finest defenders in the entire world.

He pointed to his physical strength as a major plus, adding that Koulibaly ranks among the best center backs in the world right now. Costi argues that Kouly will fit in perfectly in England since strength counts so significantly in the Premier League, which is different from Italy.

Raila is Scared: DP Ruto Launches Scathing Attack After Presidential Debate Snub < Previous
Uhuru Praises State House Staff For Their Commitment And Dedication Next >
Recommended stories you may like: