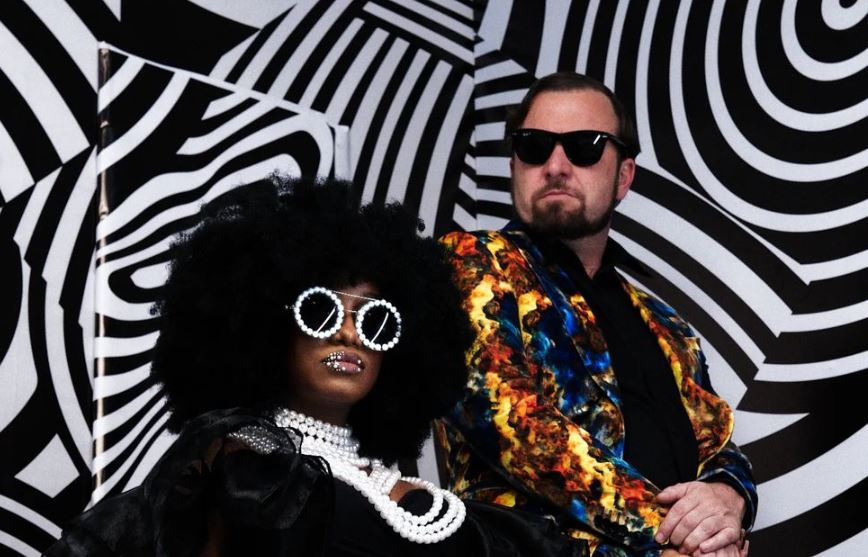 ‘Extra Extra’ These are the words that perfectly describe Anita Nderu’s pregnancy reveal.

Following months of speculation, Anita Nderu on Monday finally let the cat out of the bag that she’s expecting her first child with hubby Barrett Raftery.

And she did it in style, sharing a beautifully-shot glam video showcasing her bump with her whole body painted in white and covered in beads.

“Extra Extra 🗞 ft @barrettraftery ❤️” Anita Nderu captioned the pregnancy announcement video.
The former TV presenter also included the names of the huge and talented team behind the epic pregnancy reveal.
Fellow celebrities and fans alike reacted in awe to the video, and the excitement soon sprawled to Twitter.

Check out the video below and some Twitter reactions:

Weh hio video ya Anita Nderu for her pregnancy announcement is insane!

Bro is this a pregnancy reveal or a movie trailer? Anita Nderu is extra pic.twitter.com/V9GcmtQH9c

Anita Nderu’s pregnancy reveal is off the charts! So beautiful!

Congrats 👏 to the woman of the hour “Anita Nderu” ,you truly understand the assignment and damn you put up a show or was it a sequel. #AnitaNderu pic.twitter.com/FkSTCSBTHX

Look at pregnancy announcement by Anita Nderu. Imagine what she will do with gender reveal and birthday parties. pic.twitter.com/DvueSAl3aq

Congrats 👏 “Anita Nderu” you definitely did not come to joke. You’re always EXTRA and l like it. https://t.co/Tsjzlh9t7a

The most beautiful baby bump reveal 😍😍 gassing to have been a part of it https://t.co/XSbFo6oymi

From Failed Matatu Business To Founding Metropolitan Hospital: Meet Dr. Kanyenje Gakombe < Previous
Funny Tweets by Kenyans on Twitter for your Monday Blues Next >
Recommended stories you may like: