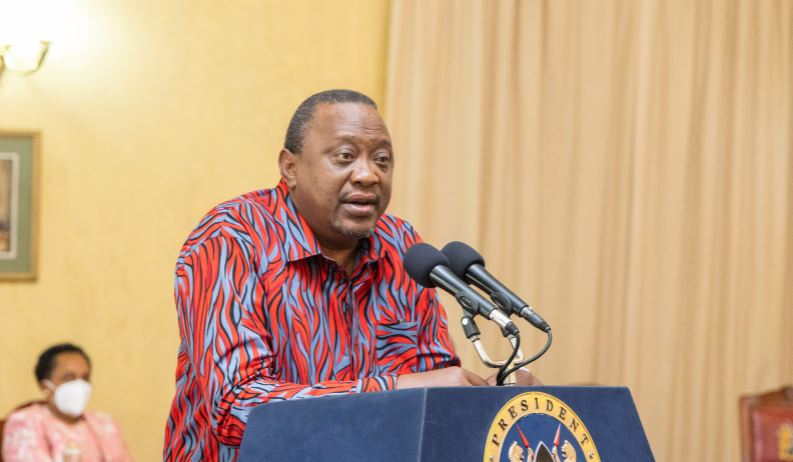 President Uhuru Kenyatta has received the African Gender Award 2022 for championing gender equality and development in the country.

The award serves as a mechanism to monitor and reward an African Head of State or Government who has demonstrated outstanding achievement in promoting gender equality and development within the thematic areas of the African Union’s Solemn Declaration on Gender Equality.

The Solemn Declaration on Gender Equality in Africa was adopted by the Assembly of the Heads of State and Governments of the African Union (AU) in 2004.

Speaking at State House, Nairobi, when he received the award, President Kenyatta thanked the “Gender is my Agenda Campaign (GIMAC)” for recognising the Republic of Kenya’s leadership towards translating the AU Solemn Declaration on Gender Equality into Action by making it a reality for the lives of women, men, girls and boys.

The award was presented to the President by Ms Benita Diop, the African Union Commission Special Envoy on Women, Peace and Security, representing the GIMAC selection committee.

“On behalf of the Republic of Kenya, and on my own behalf, I am deeply honoured to receive this year’s African Gender Award (AGA), in recognition of the significant strides we have made in advancing gender equality and the empowerment of women and girls,” President Kenyatta said.

Noting that the award is achieved through multi-sectoral support, the President congratulated the Kenya Private Sector Alliance (KEPSA) and the Centre for Rights Education and Awareness (CREAW) for winning the private sector and the civil society awards respectively.

He commended the “Gender is my Agenda Campaign” for keeping the AU Solemn Declaration alive by monitoring its implementation to ensure credibility and reliability of the performance of countries on gender issues.

“In accepting this award, we recognize and appreciate the contribution of court agencies, non-state actors, including the private sector that complement the Kenya Government’s efforts, by implementing gender-inclusive policies.

“In a special way, I want to particularly single out the women’s movement in Kenya for the advocacy on implementation of the regional gender instruments including the Maputo Protocol,” President Kenyatta said.

He expressed optimism that the foundation his administration has laid for advancing gender equality, including the consolidation of strong partnerships and synergies, will be nurtured and strengthened for a more inclusive future.

Under President Kenyatta’s leadership, Kenya achieved eleven out of twelve operative articles of the Solemn Declaration on Gender Equality in Africa. The award is based on three thematic indices namely HIV Index, Education Index and Gender Parity Index. 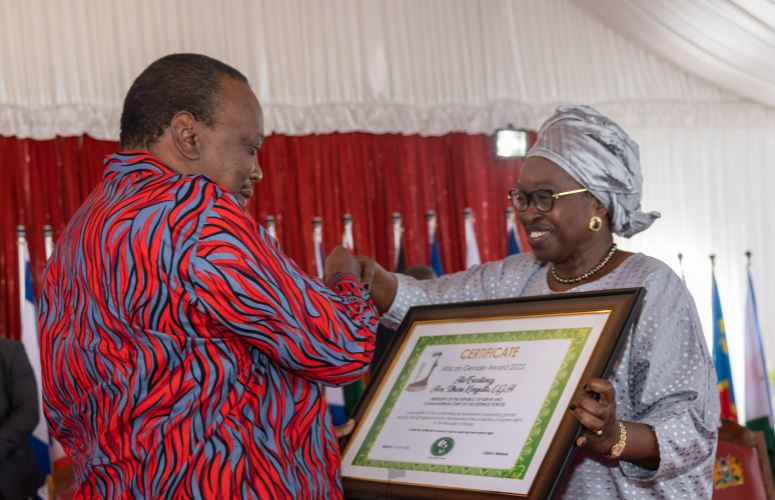 Highlights of the achievements on the HIV index included the increase of access to ARVs for women from 67 to 91% and the increase of free maternity services and the number of deliveries in health facilities by 23.1% between 2014 and 2018.

On the education index, the selection committee noted that Kenya made significant improvement in its primary education enrollment moving from 83% in 2016 to 103.4 % in 2022 while the country’s overall literacy level moved above 80%.

Addressing members of the diplomatic corps who attended the ceremony as well as Kenyan Ambassadors and High Commissioners who are in the country for their 18th annual conference, President Kenyatta affirmed Kenya’s commitment to being a friendly country to all and an enemy to none by seeking only to develop bonds of friendship and collaboration with all partners across the globe.

“I want us to say first and foremost that during the last 10 years His Excellency the President has led from the front, and he has led with courage and tenacity. More than this, he has chosen the high road, the unbeaten path. And as a consequence, our country has been able, in a very short time, to acquire positions of influence in our globe. Never before has Kenya held so much influence at a particular time since its history,” CS Omamo said. 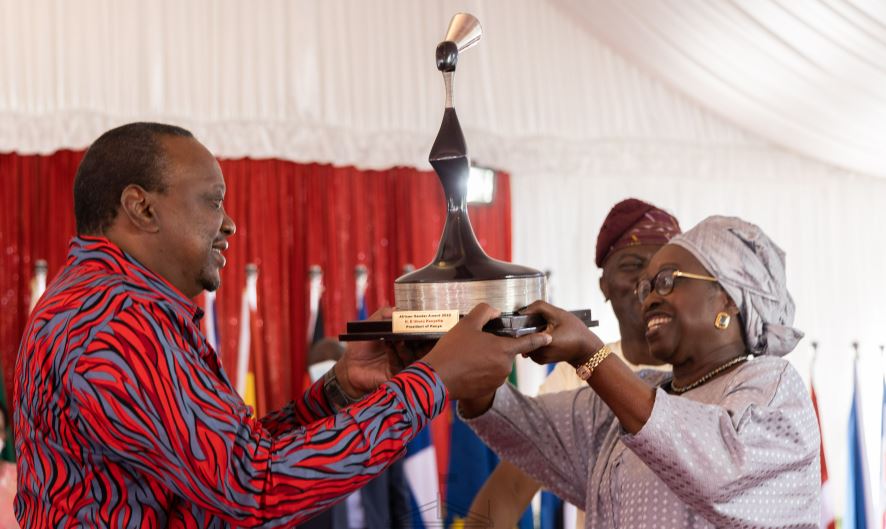 Ms. Diop congratulated the President for winning the prestigious award through his efforts in lifting the leadership of women not only in Kenya but across Africa.