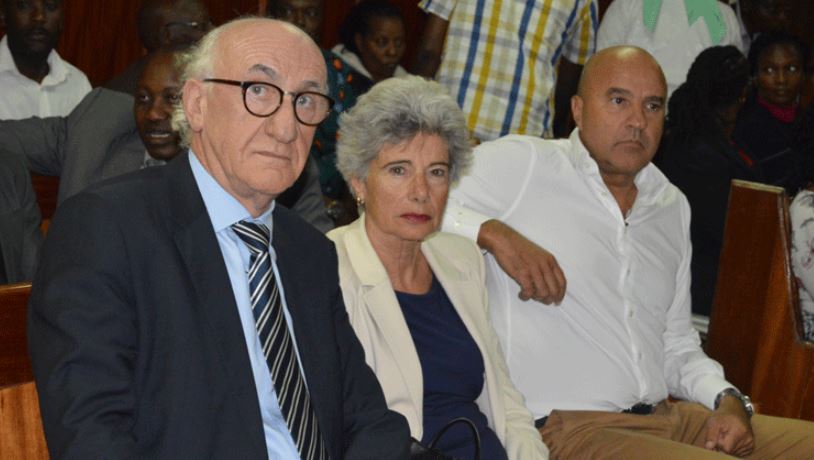 Tob Cohen’s sister Gabriel Hannah Van Straten took the stand on Monday saying all she wants is justice for her slain brother.

“Yes I want justice before I die because I’m 70 years old,” she said.

In her testimony, Gabriel said Sarah Wairimu blackmailed the late Dutch billionaire into marrying her.

“Sarah had told my brother if he doesn’t accept the marriage, he will be deported,” she said.

Gabriel also testified that Cohen never had children with his first Dutch wife and never had a child with Sarah Wairimu.

“When he came into this country, he had a Dutch wife and no children because at the age 27 he had an operation,” the court heard.

On the ongoing legal battle for Cohen’s estate, Gabriel said she received instructions from her brother telling her where to find his will incase Sarah killed him.

“In 2019, I received an email and the first sentence was if ‘Sarah kills me now, the will is at my friend and lawyer Cheges Kirundi’s safe’,” she said.

Gabrielle said the will was opened on September 19, 2019, and Wairimu was not listed as a beneficiary of Cohen’s estate.

Explaining why she never attended Cohen’s burial, Gabriel said her goal was to find justice for her brother and not to fight over property.

She mentioned that she has used over KSh20 million in the quest for justice.

“I have proof that I have used a lot of money, I have been paying my lawyers, plane tickets, accommodation…,” she said.