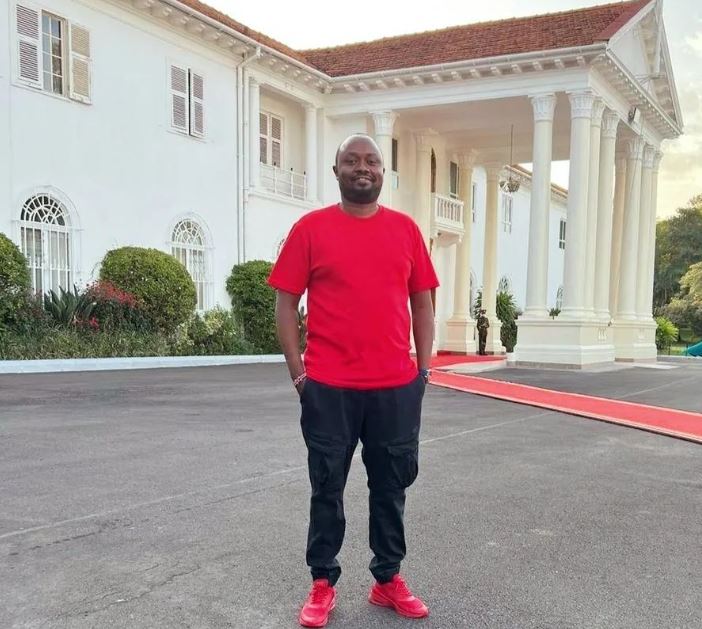 The Roots party presidential candidate has appointed the content creator as the party spokesperson.

Jaymo Ule Msee has been tasked with managing the party’s communication affairs. He will also head the party’s media division.

Announcing the appointment on Sunday, Prof George Wajackoyah said Roots Party picked Jaymo due to his vast experience in media and communications.

“Jaymo ule msee has vast experience in media, digital marketing and political campaign strategy. He holds a degree in Political Science and Economics from the University of Nairobi,” read part of the statement.

Jaymo said he accepted the appointment and thanked the party’s presidential candidate and his running mate Justina Wamae.

“It’s with utmost humility that I accept the appointment as the Roots Party spokesperson & Head of Media. I truly thank the 5th @profgeorgewajackoyah , our running mate Justina Wamae & our party officials for having faith in me to serve in our party to ensure we get a resounding victory on the 9th of August. It’s time for our generation to make the right choices,” Jaymo wrote. 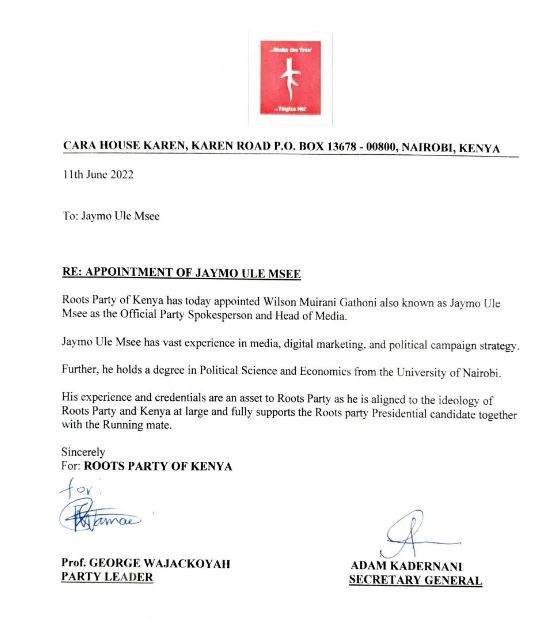 My Story: I Was Raped at Gunpoint,, Turned To Alcohol to Numb the Pain < Previous
Funny Tweets by Kenyans on Twitter for your Monday Blues Next >
Recommended stories you may like: