Sakaja Ahead of Polycarp Igathe in New Opinion Poll 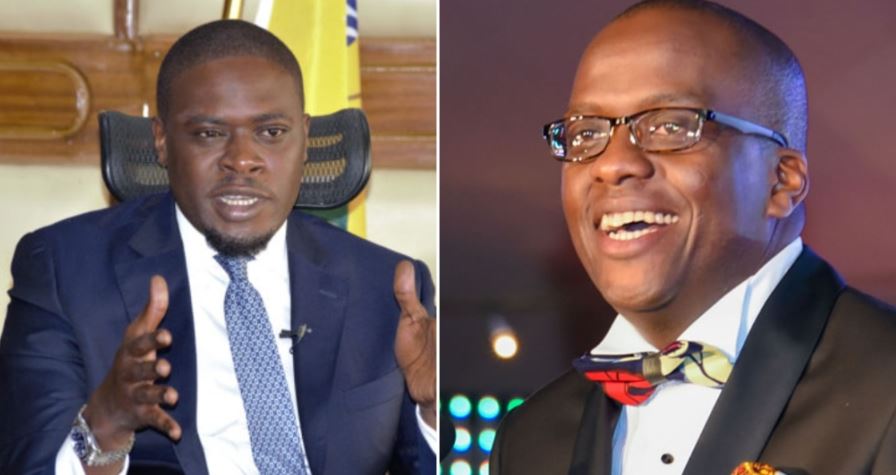 Nairobi Senator Johnson Sakaja would beat Polycarp Igathe if the Nairobi gubernatorial elections were held today. This is according to a new poll conducted by Tifa Research.

According to TIFA, however, more than half of Nairobi voters are still undecided on their preferred gubernatorial candidate three months to the elections.

Richard Ngatia and current governor Anne Kananu may have dropped out of the race but they would still get three percent and one percent of the votes respectively.

In terms of coalition popularity, the Azimio la Umoja – One Kenya Alliance is the most popular in Nairobi at 42 percent followed by Kenya Kwanza at 22 percent. 36 percent of the respondents are still undecided about their preferred political alliance.

ODM is the most popular party in the capital with 26 percent support followed by UDA with 22 percent.

Jubilee commands a five percent support base in the city while Wiper has two percent. Other parties share one percent popularity while 44 percent are undecided.

In the Presidential race, Raila Odinga leads with 41 percent of the votes followed by Kenya Kwanza’s William Ruto at 26 percent. The other candidates would share one percent of Nairobi votes if elections were held today, while 32 percent remain undecided.

In the Nairobi Senatorial race, Edwin Sifuna was found to have 19 percent support, although 73 percent are undecided.

Sifuna is followed by Bishop Margaret Wanjiru at six percent and Maina Kamanda at one percent.

Esther Passaris is ahead in the race for Woman Representative followed by Millicent Omanga at 6.2 percent and Wangui Nganga at 1.1 percent. However, 63.3 percent of the voters are still undecided.

The TIFA poll was conducted through telephone and face-to-face interviews and involved 649 respondents aged 18 years and above.