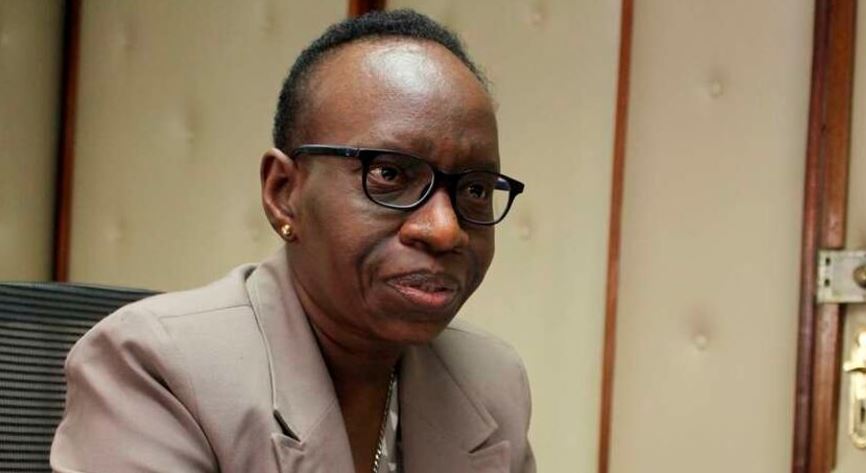 The Office of the Auditor-General has a wide mandate, yet it is underfunded. How do you ensure that the reports are complete, accurate and filed on time despite the crisis? Jevans Onduru, Nakuru

Currently, we are auditing over 1,600 financial statements and at the same time carrying out performance, special, information systems and citizen accountability audits. All these require adequate resources in terms of people, time and money. We have consistently received low funding which affects the scope and depth of the audits.

Despite such challenges, we strive to ensure that our reports are timely. We are up-to-date in submitting audit reports to Parliament and county assemblies as we cleared the previous backlogs and we are currently submitting the reports for the financial year 2020/2021. We have proposed to Parliament to amend the Public Finance Management Act, 2012, to give us adequate time for submission of audit reports. We are optimistic that a consensus with Parliament and other stakeholders on this issue will be reached.

There was a proposal to make the Auditor-General’s reports final unlike the way it is now where they are still subject to parliament/county assembly discussions and further recommendation. If the proposal comes to fruition, what impact would it have? Alice Kiseki, Katani

MPs and county assemblies are the peoples’ representatives. One of the functions of Parliament and county assemblies is to oversight revenues and expenditures at national and county governments respectively as articulated in Articles 95, 96 and 185 of the constitution. As such, the members are critical in ensuring prudent, efficient and effective collection, use and management of public resources.

They also appropriate funds and legislate laws that govern the management of public funds for the benefit of the people they represent. My office provides assurance to the people through Parliament and the respective county assemblies, that their resources have been used well to bring beneficial change in their lives and livelihoods.

Further, our accountability system uses the Westminster model where the legislative arm of the government provides checks and balances on the other arms in financial management. Our reports, therefore, provide valuable insight to Parliament, county assemblies and the Executive in decision-making. The Public Finance Management Act, 2012 and the Public Audit Act, 2015 require the accounting officers to implement audit recommendations. Parliament handles policy issues and sanctions arising from my audit reports.

The common denominator in all your reports on the financial expenditure of  both national and county governments has been that there is massive theft of public funds by accounting officers. In a nutshell, all internal auditors are corrupt and are to blame for failing to flag dubious financial malpractices that negatively impact on service delivery. What is your office doing to correct this mess? Dan Murugu, Nakuru City

Internal audit is faced with challenges in terms of inadequate human resources and funding, improper placement in the organisation structure and lack of implementation of audit recommendations. In addition, there is no personal responsibility on the part of the accounting officers who are the responsible officers when instances of fraud, wastage and corruption are flagged out. Therefore, accounting officers should support and strengthen the internal audit and ensure their independence. They should also adequately resource the function and implement their recommendations.

Performance audit reports have in recent times not been adequately discussed in both Houses of Parliament. How do you engage with Parliament to ensure the reports are discussed and implemented? Andrew Maranga Ratemo, Nairobi

Performance audits are critical in monitoring and evaluating the outcome and impact of the management and use of public resources. I have issued various reports touching on different sectors such as on mental health, fire safety preparedness in schools, management of roads and drought. However, although these reports have been tabled in Parliament, they are yet to be deliberated on. To assist Parliament to deliberate on these reports, we have initiated joint engagements for capacity building. We also expect that Parliament will assign the reports to a specific committee or select committees for deliberation depending on the issues raised.

Year in, year out, taxpayers are bombarded with reports of misuse of funds. What frustrates the implementation of your recommendations? Komen Moris, Eldoret

There has been a lack of an effective mechanism for follow up on implementation of audit recommendations and as such most audit queries keep recurring in subsequent reports due to lack of adequate action or sanctions. The lack of requisite sanctions has led to perennial failure by some accounting officers to adequately account for the management and use of public resources entrusted in their care. It has also led to fiscal indiscipline, including misallocations, wastage of resources, lack of value for money in implementation of projects, theft and corruption.

We have taken proactive measures to develop a framework for tracking, follow-up and reporting on implementation of audit recommendations.

You were part of the technical committee that wrote the Kenya Integrity Plan 2019-2023, of which strategic objective four is ‘To promote a responsive and accountable public sector’. Under this objective, a key activity was to ‘advocate the establishment of ethics units in all MDAs’. What is the progress so far? Peter G. Nderitu, Nairobi

The policy provides a comprehensive, coordinated and integrated framework for the fight against corruption and promotion of ethics. I have established an ethics and integrity committee as our strategy is to become more accountable. The committee also handles matters related to any infractions on the Code of Conduct and Ethics of the Office. I urge all public sector entities both at the national and county levels that are yet to establish these committees or units to do so and facilitate their work.

What are you doing to transform and change the image of your organisation? Lawrence Mutai, Kericho

We have done a lot of changes that include revamping of our website to enable citizens access audit reports. We recently launched a Kiswahili language audit report for the national government, to expand the reach of our reports and empower more citizens to get involved in decision-making on matters affecting them. We are working on more simplified versions of audit reports to ensure that every citizen can access information on how their resources have been used.

Are the audit committees at the county governments effective in safeguarding public funds? Githuku Mungai, Nairobi

They provide oversight of financial reporting and follow up on the implementation of the recommendations issued by internal auditors and the Auditor-General. Audit Committees, therefore, provide a forum for dialogue between the accounting officers or governing body, and the internal and external auditors. I have been advocating the strengthening of both internal audit and audit committees.

Madam, the handling of audit reports of NG-CDF has often been a concern since the patrons of the CDF committees – the MPs – end up discussing and making recommendations regarding implementation of the reports. Does this concern your office? Eve Terry, Nairobi

The law does not allow MPs to engage in the activities of the fund other than to appropriate the finances at the national government level and legislate on laws governing the affairs of the fund. However, they should be interested in how the constituency committees are utilising the funds to develop their constituencies for the benefit of the people they represent.

Hilarious Posts by Kenyans on Social Media for the Monday Blues < Previous
Blow For Ruto as UDA Vice Chairman Kipruto Arap Kirwa Joins Azimio Next >
Recommended stories you may like: