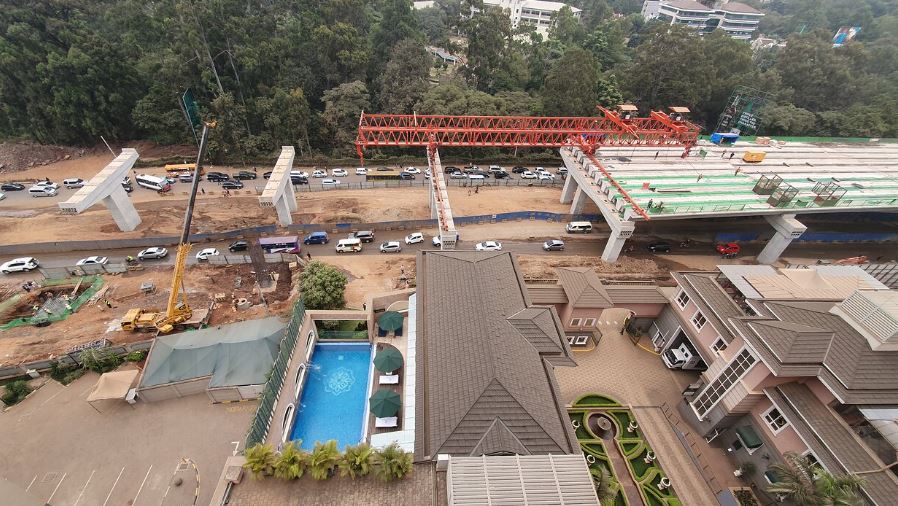 Villa Rosa Kempinski has assured security for its guests following concerns of security threats posed by the Nairobi Expressway.

The 27km highway, which officially opens to the public on Saturday, May 14,  passes close to and overlooks the 5-star luxury hotel.

There are concerns that the Nairobi Expressway provides a good vantage point from which people can watch the hotel’s high-end clients such as international delegates.

However, the Villa Rosa says its rooms, including the presidential suites, are far from the road, meaning the safety and privacy of clients are assured.

Kempinski director of sales Judy Matengo also noted the speed limit on the Expressway means cars can’t slow down or stop to pose any potential threat.

The hotel is however taking no chances around the swimming pool area which is more exposed. Matengo said they are putting up a bulletproof glass barrier

“The rooms are far and not very close to the road. The only thing close is the swimming which is open and we have started taking security measures and we are going to have bulletproof (glass) there… We respect our guests’ privacy,” she was quoted as saying by the Nation.

“The expressway works to our advantage. It takes 12 minutes from the airport compared to 45 minutes or one hour due to traffic jams. It’s even safer without the buses and trailers and parking boys snatching phones from guests,” she said.

Matengo noted the construction of the expressway affected Kempinski’s business due to road closure, interruption of water supply, electricity and internet.

She however said it could have been worse. “We are happy that this(construction) happened during the Covid period. The impact would have been double in normal circumstances.”

Win For Lillian Ng’ang’a and Blow For Mutua in Hotel Ownership Row < Previous
Top 7 Health and Nutritional Benefits of Eating Omena Next >
Recommended stories you may like: