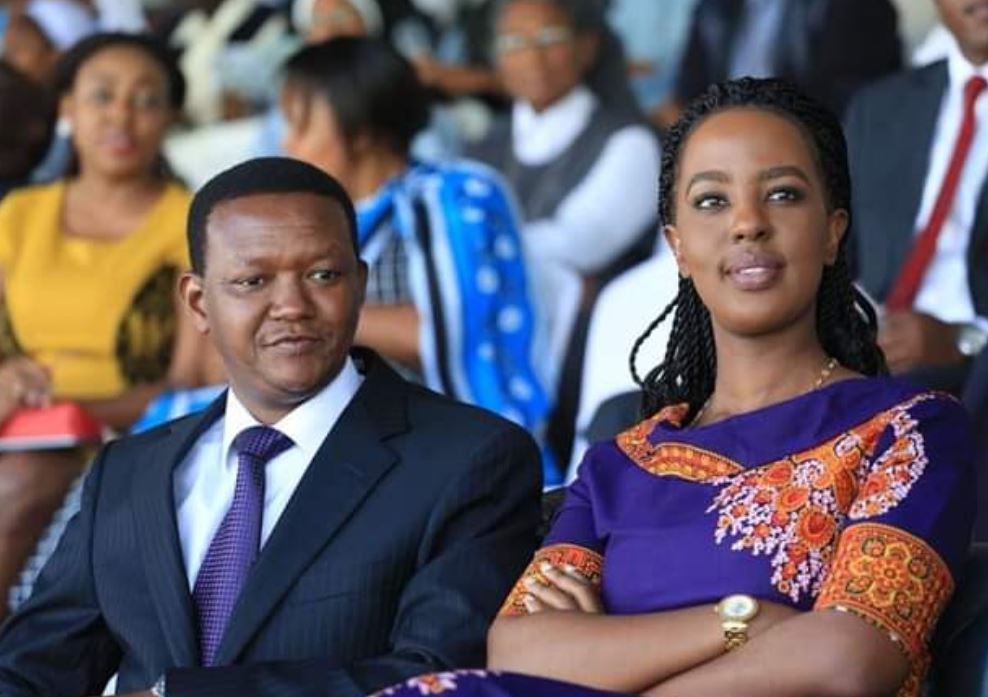 Machakos Governor Alfred Mutua has been dealt a blow in his attempt to muscle out his former lover Lillian Ng’ang’a from their A&L hotel.

The Business Registration Service (BRS), in a statement on Monday, indicated it had reversed the shares that Governor Mutua had transferred from Ng’ang’a to his sister.

The former Machakos First Lady, through lawyer Philip Murgor, had on November 11 last year complained to the registrar of companies that the governor fraudulently reallocated a 45% stake she owned at Ndash enterprises, which owns the A&L hotel.

“This is to notify the public that after a detailed inquiry into the transfer of the 1800 shares, the Registrar of Companies on May 6, 2022, found merit in the complaint by Ms. Ng’ang’a, and has reversed the entry into the company and the fraudulent transfer of the 1800 shares,” reads a letter signed by Anne Kanake, a Senior Assistant Registrar of Companies.

Investigations by the registrar of companies showed that Ng’ng’a did not consent to the transfer.

According to the updated hotel ownership details, Governor Mutua and Lillian Ng’ang’a now own equal shares.

“The current position, therefore, is reflected in the attached CR 12 dated May 9, 2022, in which Governor Alfred Mutua and Ms Lilian Ng’ang’a hold 2000 shares each, effectively making them 50% shareholders each in Ndash Enterprises Ltd and by extension A&L Hotel in Machakos,” lawyer Murgor said.

At the same time, Lillian Ng’ang’a has asked the Directorate of Criminal Investigations (DCI) to investigate the alleged criminal transfer of the shares.

A statement by BRS indicated that DCI had opened a probe into the matter.

Ng’ang’a also accused Mutua of confiscating her car and transferring its ownership to a third party.

“Ng’ang’a remains hopeful that the investigations by the DCI into the criminal aspects of the fraudulent transfer of her shares and her motor vehicle can be concluded expeditiously and [the file] forwarded to the DPP for appropriate action,” Murgor said.

All The Trending Memes and Tweets This Tuesday < Previous
Nairobi Expressway Forces Kempinski to Build Bulletproof Swimming Pool Next >
Recommended stories you may like: