Mezeni Wembe: Muthama Trashes Claims He is Planning to Quit UDA for Azimio 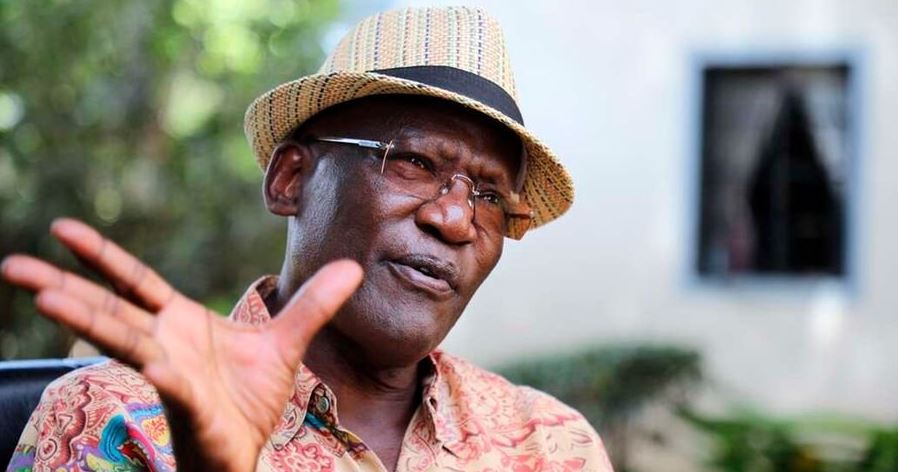 The former Machakos senator said reports of him following Kirwa out of UDA are lies propagated by their competitors in Azimio.

“Kuzimia Coalition is imprisoned in a gridlock of lies and keeps on blurring the lines between facts and fables expecting us in UDA Kenya to buy their debilitating and fake narrative of defections until they eventually realize, I, Johnson Nduya Mutha ma is going nowhere,” Muthama wrote.

He insisted he is the chairman of UDA and fully behind Deputy President William Ruto’s presidential bid.

“I’m still the chairman of UDA Kenya, the biggest and most vibrant political party in Kenya. That is the inexorable truth. I have and will remain focused, faithful and true to UDA Kenya’s cause until we form the next government under Dr. William Ruto. Mezeni wembe wapinzani wetu,” Muthama concluded. 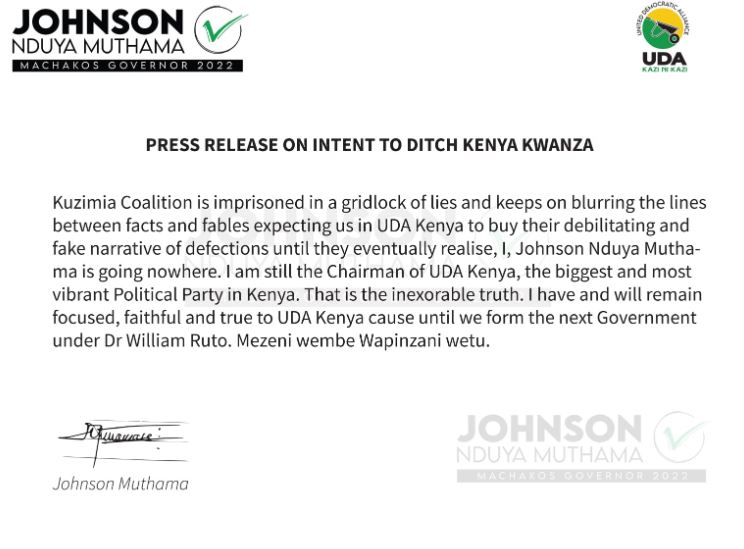 President Kenyatta Mourns Rabai MP William Kamoti Mwamkale < Previous
All The Trending Memes and Tweets This Tuesday Next >
Recommended stories you may like: