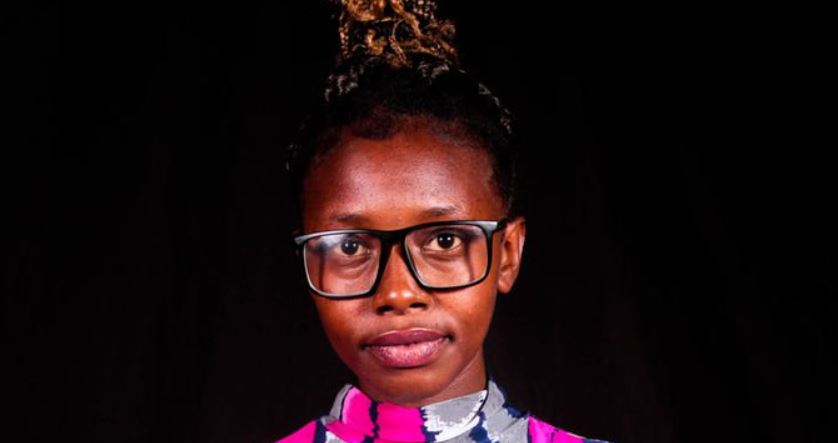 Before she was diagnosed with schizophrenia, Yvonne Kathambi, 24, used marijuana to quieten the voices she was hearing. However, this only made it worse and culminated in Kathambi being hospitalised after an incident on July 2021.

Kathambi now fights against the drug use with her Wacha Bomu campaign that targets the young, and she is determined to make Kenya marijuana-free.

She tells her story;

I tried marijuana to quieten voices inside me; I ended up in the hospital

In the morning things began falling apart, I started hearing voices. Sometimes I would be alone in the house. Even then, there were people talking and talking.

This was in May 2021, at the height of the Covid-19 pandemic. I was in Kwale, where I go to school miles away from my family in Nairobi. Drug use is rampant in Kwale County so naturally, my friends and classmates assumed that I was doing hard drugs and steered clear of me.

I can’t say that I was scared of the voices. But they were all talking at once, I couldn’t understand them. I thought that a higher spiritual being was trying to connect with me. So I began fasting and praying.

This made things worse. I became agitated and fanatical. I got this strong urge to go out and have religious discussions with people. When people shunned my attempts to start these debates, I would go about having religious monologues. I must have been quite the sight.

After weeks of this, an acquaintance told me that if I smoked marijuana, the voices would stop. This was how I began smoking weed. Instead of getting better, I began losing touch with reality. I became so paranoid that some days I was scared to leave my house.

Everything came crashing down one afternoon in July 2021. On this fateful day, that urge to get people to listen to what I had to say overwhelmed me and I went to the marketplace and climbed atop a wall, all this time talking gibberish. The afternoon ended with me unconscious in a hospital where I was diagnosed with Schizophrenia.

Dealing with my diagnosis

Schizophrenia is a brain disorder characterised by continuous or relapsing episodes of psychosis. Before my diagnosis, I had never really paid attention to mental health issues. Sure, I had seen a handful of people sharing online their struggles with mental health but it had never crossed my mind that it would be something I would be straddled with.

My initial reaction was shock. I was in my third year of University. My whole life was ahead of me. How could this be happening to me? Denial was quickly in tow. I spent my hospital admission period and the next few weeks just going through the motions. Hoping that I would go to sleep and wake up with better, different news.

I am the firstborn of three siblings. Our whole lives, my sisters have looked up to me and followed in my footsteps. It was this sense of responsibility that got me off the floor, got me dusting myself up and trying to get my life on track. Other than the medication and the treatment sessions which lasted a few months, the most useful tool for me on this journey to tip-top mental health for me has been getting information. The more I knew about Schizophrenia and other similar mental disorders, the calmer I felt and the better I was able to handle my situation.

I am in my final year studying Marine Science at the Technical University of Kenya, Kwale campus. On-campus, word spread fast. “Oh, did you hear? Yvonne lost her mind.”

I was called ‘chizi’, ‘kiwete’ and other harsh words. I will be lying if I say that it was not hurtful. But I also knew so much about my diagnosis, about what it is and what it isn’t. So, I kept my head up.

Doing something about it

What stayed with me even as I went on with treatment was how my doctor said that marijuana had fueled the symptoms. That if I hadn’t smoked, things wouldn’t have gotten so bad.  When I began paying attention to the youth around me, I saw just how deep running the drug abuse problem was. I remember once talking to a nine-year-old boy who admitted to regularly smoking marijuana.

I founded my company Bold Eye in October 2021.  I set up two dockets, the first being a gaming section from which I can earn some money and the second being educative. It’s on the second docket that I am running my Wacha Bomu campaign.

But there are so many drugs being abused out there, why marijuana? You may ask. Marijuana is the cheapest and most accessible drug. Also, some assume that it is harmless. What I have learned over the past six months talking to users as well as experts is that marijuana is far from harmless. Continued use comes with long-term effects ranging from addiction, and memory loss to anxiety and impaired speech.

From my experience, marijuana just gives an illusion of fixing the problem. While it temporarily quelled my anxiety, in the end, I still had my problems.

So far, I have organised two walks in Kwale for the Wacha Bomu campaign. I want to educate as many people as I can about the negative effects of marijuana. It’s amazing to see young people opening up and having these conversations with me and my team. I am also an artist and a theatre performer and I use every opportunity I can to pass this message.

I want many things for my future the first being mental health. Next, I want to be a leader, the kind that guides people instead of telling them what to do. Ultimately, I hope for a marijuana-free society. A society where even if it is legalised in the future, youth will make conscious decisions to shun it.”