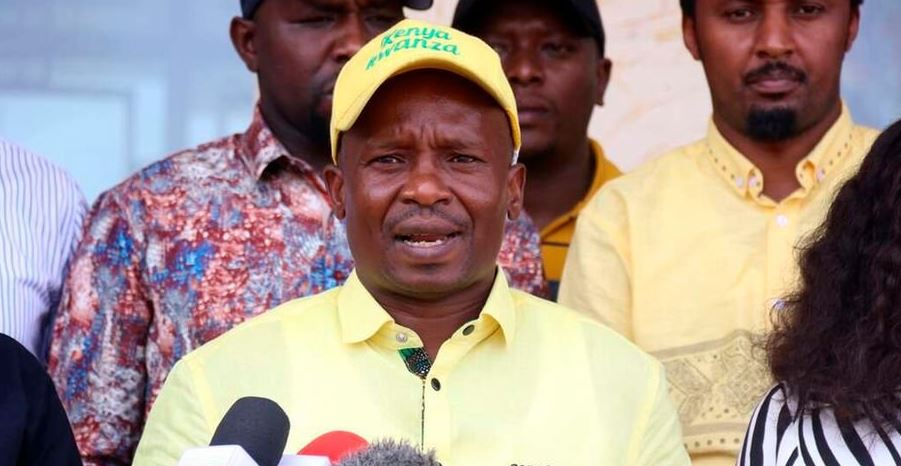 Tharaka-Nithi Senator Kithure Kindiki finally spoke on Monday, May 16, days after he lost to Rigathi Gachagua in his bid to become Ruto’s running mate.

In a press conference at the Tamarind Hotel in Karen, Kindiki said he won the United Democratic Alliance (UDA) Electoral College and opinion polls but ultimately lost on account of other factors.

The senator however said he was “extremely satisfied” with Kenya Kwanza’s running mate process.

“It is true that I did better than my brother in the opinion polls, but that was not the only criteria used in the sum total of the decision.

“I am extremely satisfied with the process that our party followed in identifying the running mate. There were also other considerations including voting through an elected an electoral college, but those were not the only considerations, so there were other factors to be considered,” he said. 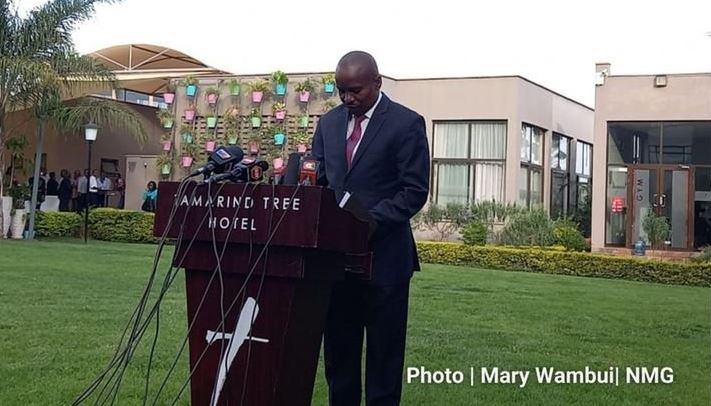 Kindiki also noted he does not feel shortchanged, having dropped his bid for Tharaka Nithi governorship to be Ruto’s deputy.

“…that is the order of politics. I don’t think anybody leaves out of this game unscathed. Everybody, including those who have occupied the highest office in the land, have had scratches along their political career

“I don’t feel shortchanged. The decision to quit county politics was mine and the party’s. So how can I shortchange myself? I was part of that decision,” he said.

Further, the lawmaker announced he is taking a break from active politics.

“Earlier today I had the privilege of having a conversation with Gachagua. His brilliance has paid off at the party. I have wished him well and I have pledged my total and honest commitment to him and DP Ruto.

“I have decided to take a break from active politics starting August 10. I have decided not to seek any appointed position whatsoever,”

Kindiki also said he will continue supporting Ruto and Gachagua.

“After soul searching, I have decided to remain in the alliance and subordinate myself to DP Ruto and Rigathi,” he said.

“I have been in politics for 22 years and I am inspired by the philosophy that I would rather score for the team that will win. I am also inspired by the principle to never run away from history, and I have always believed in making history,” he added.

Nairobi Expressway Operator Responds to Traffic Snarl Ups At Exits < Previous
Raila’s Sh6000 Pledge or Ruto’s Bottom Up: Poll Shows Popularity of Economic Models Next >
Recommended stories you may like: